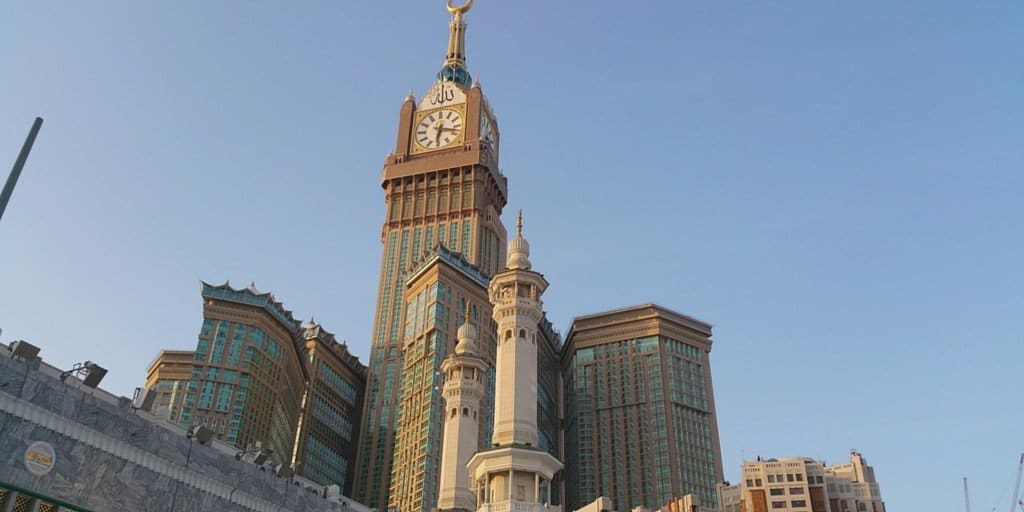 As article in the KhaleejTimes makes mention of the lucrative and profitable opportunities for investors in Makkah. Muslims holiest city.

There is no surprise there, especially after I wrote a post on the £1,000 per night hotel room in Makkah during Ramadan. This is the busiest period for hotels and millions of pilgrims arrive to perform Umrah during that time.

You can find the full article here

Some of the interesting points which I was familiar with is the fact that non Muslims or even GCC nationals cannot own or invest in the Holy city. Only Saudi citizens can do this, making it a very close market.

The investment opportunity for some is great, the article states that in oder to open a 4 star property it costs $100,000 per room elsewhere in the world where it only costs $60,000 in Makkah.

The problem in Makkah which I agree with is the fact that there are not many four star hotels, the competition drives prices up and sometimes even middle class pilgrims who could afford the four and five star hotels get priced out. I mean £1,000 per night is not a cheap deal during Ramadan.

With the new developments on Jabal Omar and the four star hotels opening in the upcoming years it will be a much needed addition in just a short space. Makkah is mostly made of stone and in a valley which makes it even more difficult.

One thing I would personally like to see improved is the customer service and training of their Saudi staff. It is great to have a Saudi nationalisation problem, where hotels needs to employ a certain number of Saudis in certain position. However there is a big cultural clash especially when those positions are front facing. I have received a fair amount of emails saying how bad of a treatment customers receive by Saudis in four or five star properties.

I have also heard funny stories of them turning up for work four hours later just because they can!

Many of these issues in customer service especially come from the different background of people visiting Makkah. It is like a massive mixed pot of cultures, attitudes and expectations. Because Muslims have the same religion it doesn’t make them homogenous.So yes, some training on the Saudi staff front might be a great option to stand out from the competition.

I am definitely excited about the new hotels coming up with thousands of rooms and many opportunities for me to review them for the blog. Exciting times!