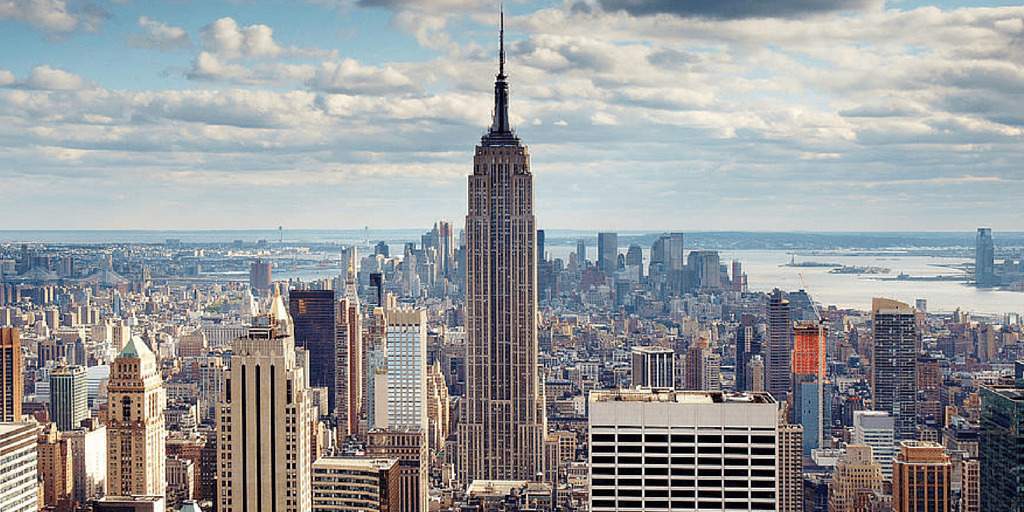 On my recent trip to New York, I was there only for 4 days so I knew it would be busy especially as I have no idea which places I wanted to see. I did have a rough idea of the areas and attractions but I am not a super touristy person who enjoys museums, queues, and super expensive entrance fees. So I generally opt-out of anything that is too much of an attraction. I am pretty sure it has a lot to do with my childhood and the endless amount of times I have toured people around Acropolis, Monastiraki, and other attractions in Athens. Seriously I am even surprised that I still like traveling. As the youngest in the family, I was the one that took our many guests to sightsee, because obviously, no sane person above 17 wanted to spend 3 hrs in a queue and climbing rocks, except of course the guests themselves.

So as you can see I do have an allergy to too many touristy things, which pretty much involves anything that locals wouldn’t do on their weekend.  However, this time while walking around Times Square I did have a feeling that 4 days are definitely not enough to get a feel for the city and I needed to do something drastic. So I decided for the first time in my life to get into a City tour bus, yes the ones I usually run away from because they are too touristy. 🙂 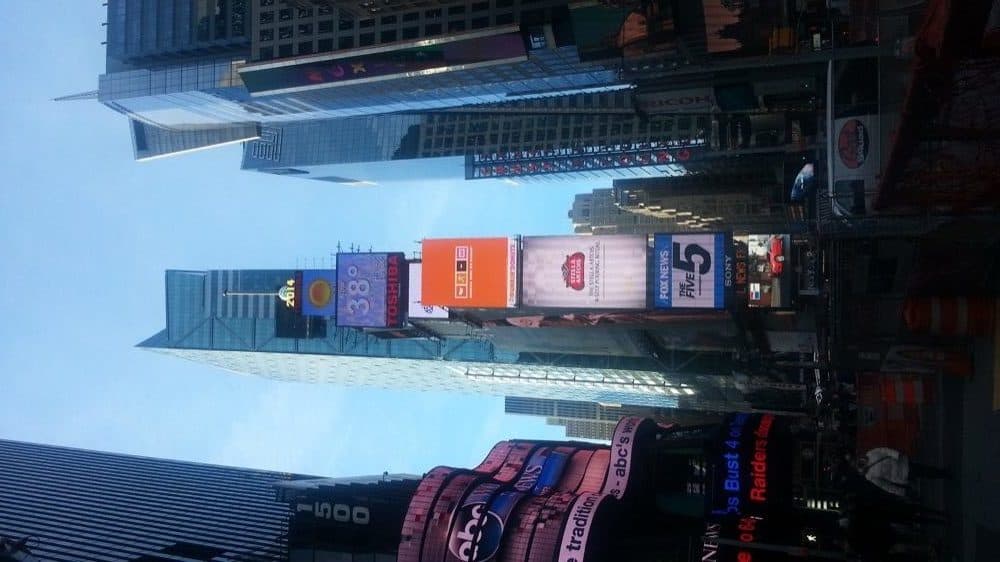 I have seen these buses around pretty much every major city and thought they are a rip-off because I would never use them in Athens or London. Still, I decided to give them a go, especially as it covered the whole Manhattan plus a boat cruise and a night tour which sounded cool.

We paid  $108 for two people for a two-day pass including the free cruise and night tour. I opted for the Big Bus tour because I know they are established and a company that has many buses around the world so it couldn’t be this bad. We started early in the morning to take advantage of the whole day especially since the days are short and the sunsets around 5 pm. We weren’t disappointed. The tour guides were funny, they do keep it light with a mix of history and current gossip on celebrities, which New York has plenty of and I can pretty much name half of the Hollywood stars with houses and locations in New York.

The tour takes you through the whole city while giving you an overview and without you breaking your legs walking all day. I didn’t expect to like this tour so much but I did and the price was right. I believed we got a great value out of all the attractions and it was a fun way of getting to know the city. They provide you with raincoats, earphones, maps and are happy to answer any questions you might have. 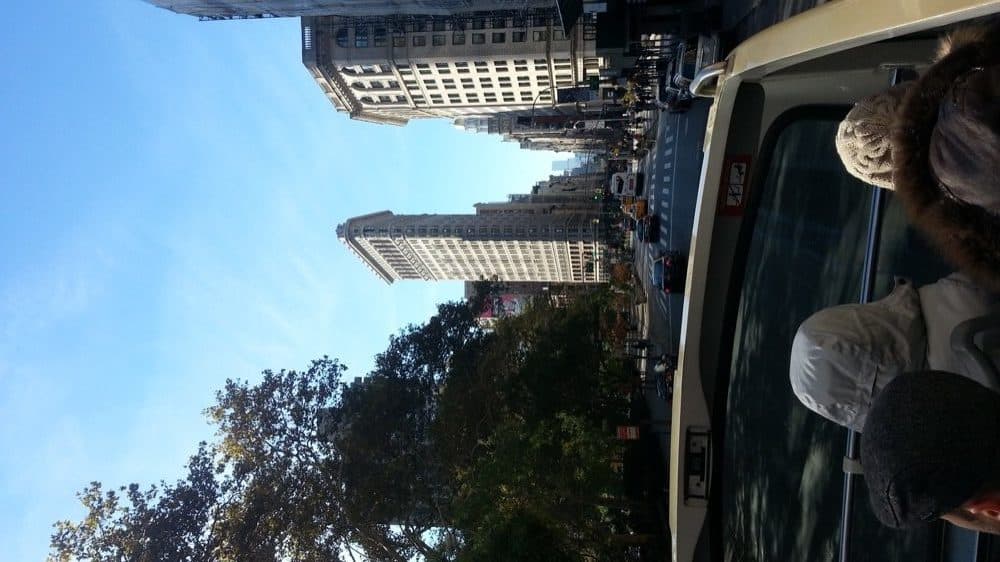 They have separated the city into areas with different lines so it makes it easy if you want to hop on or off the bus and explore the area.

You can take the Bus Tour from any of the designated stops and they pretty much arrive within 15 minutes. You can really like a place, hop off the bus and then walk around, and once you get tired you can hop back on for more. 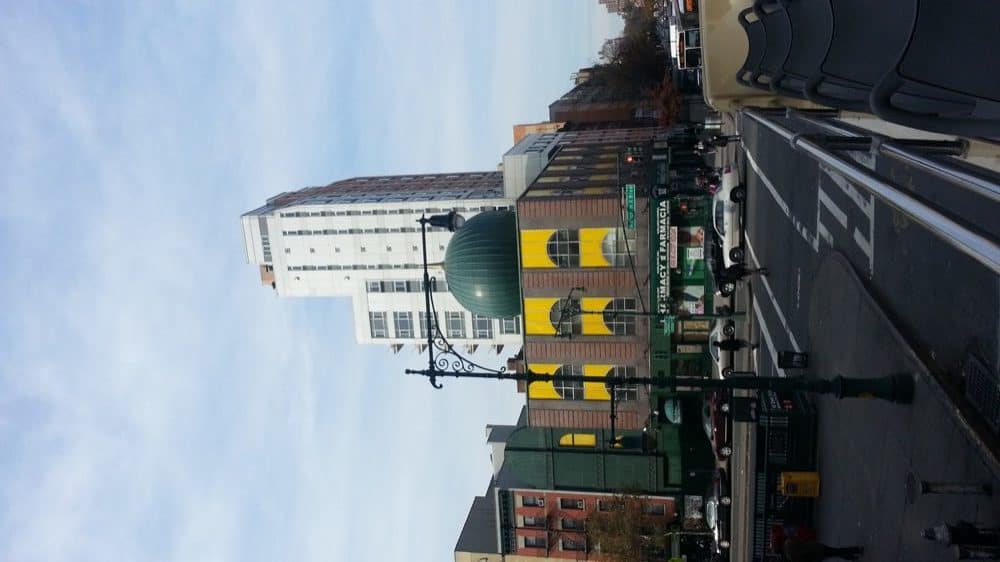 The cruise around Lady Liberty doesn’t actually stop on the Island but it goes around it and gives you a river view of the city as well as Ellis Island which was more than enough for me. 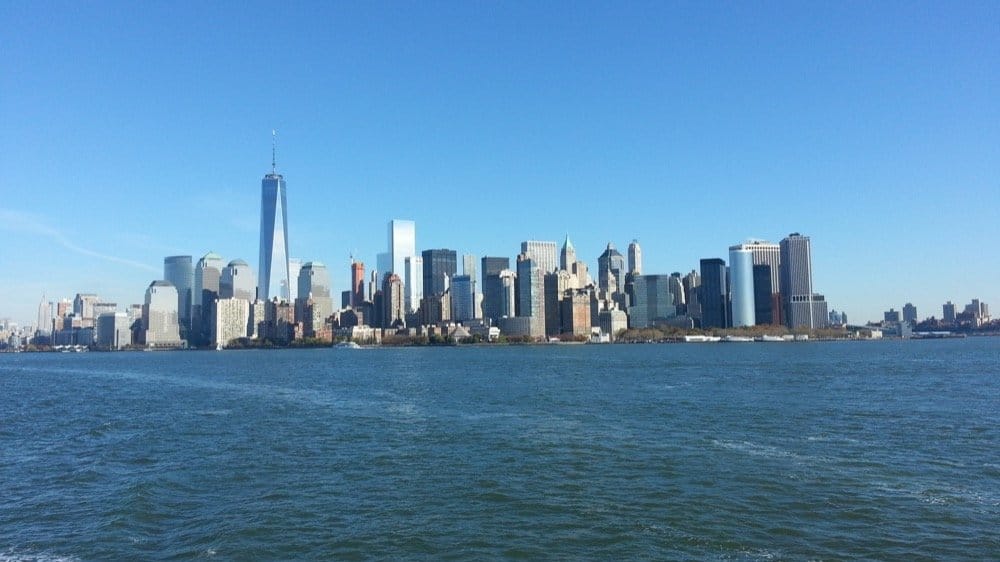 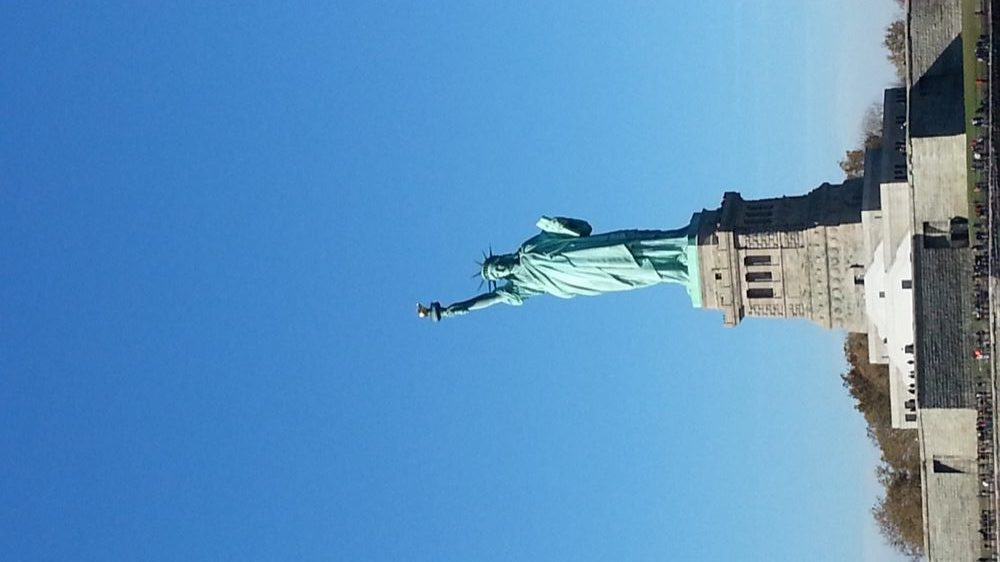 I personally liked the tour and I believe it is worth the money especially if you are in town for a very short period of time and you don’t have the opportunity to go to every place. I have certainly changed my opinion on those tours and I would recommend them for you if you are visiting a city especially as big as New York for a few days. I believe it is one of the best ways to explore the city unless of course, you can pay for a private tour, which I wish. 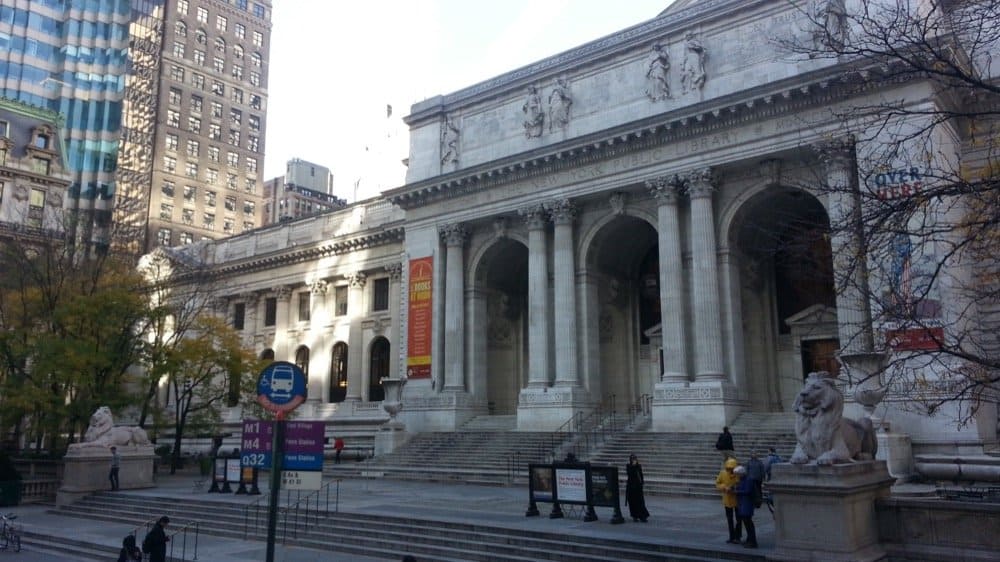 These tours give you an excellent overview of the city and a feel of what you would like to visit and learn about in more depth. I am more aware of the areas I would like to explore and also as I am a visual person so it helped me put pretty much everything from the map into perspective. It is freezing in the winter on the upper deck but if you get yourself properly wrapped up, which will be much better than us as we froze, you will be fine. Hat and gloves are a must! 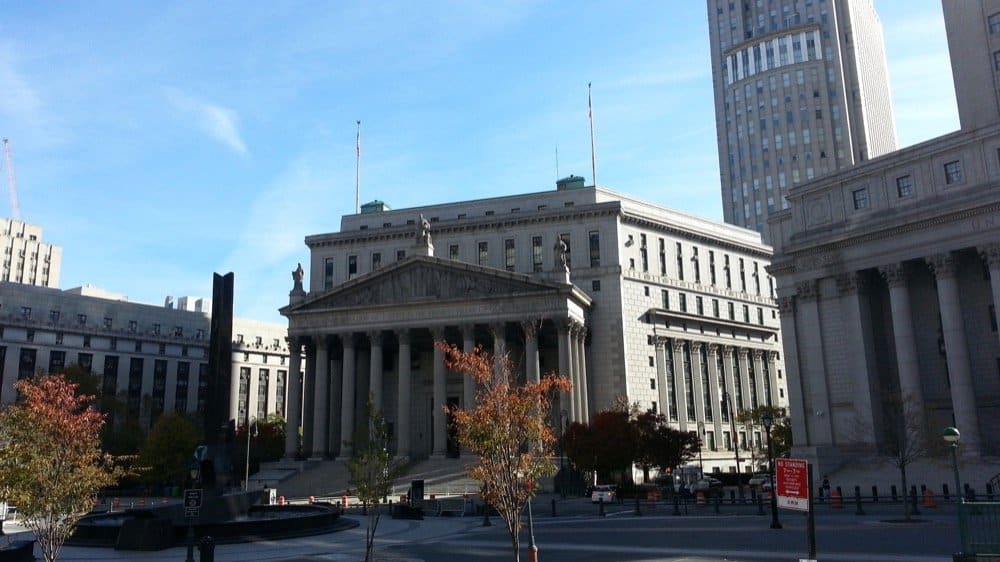 The only negative I might say is the traffic jam which can be time-consuming but at least it gives you a great opportunity for photos or selfies :). 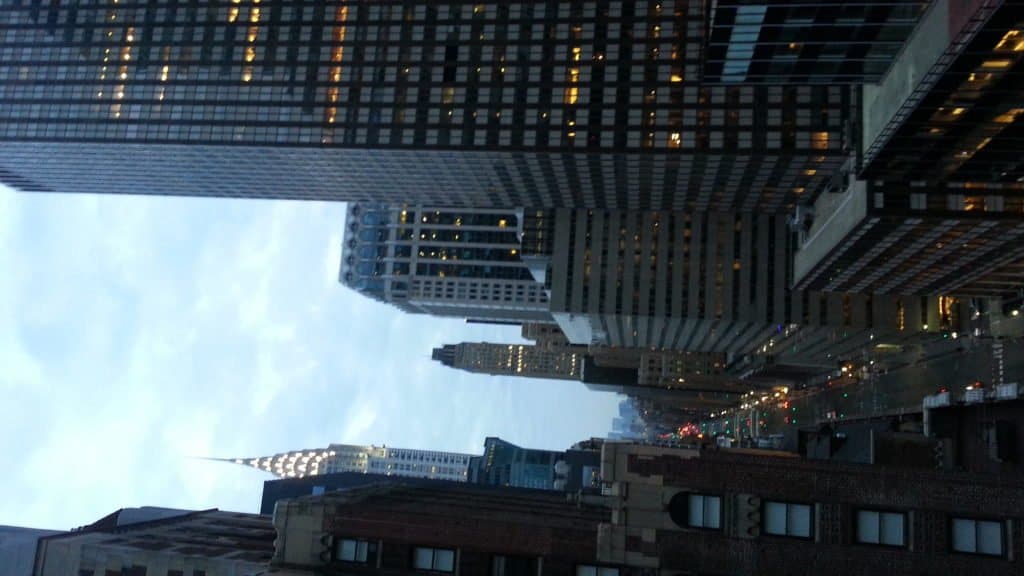 Usually, buses like this spend a lot of time trying to make you leave a tip, however, the Big Bus guides only mentioned it once in the whole tour which I liked. They were always funny, polite and joked around with the people which make it more interesting as these tours can be utterly boring. It was a good balance between historical facts and modern time gossip alongside some awesome views above ground of the City that never sleeps.

P.S. If you would like to see more photos of my trip to New York you can check my vlog here.