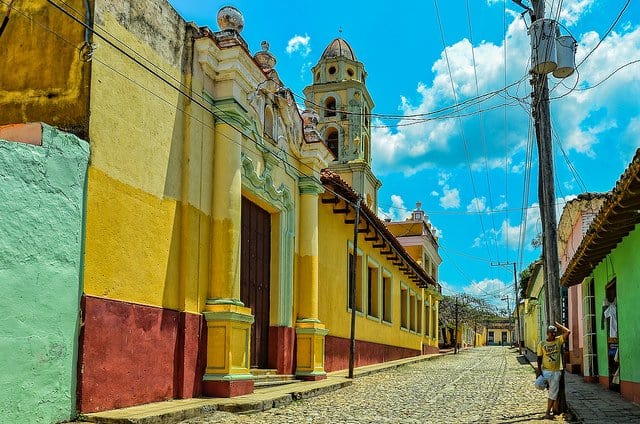 Photo credit: bud ellison – from the street via Visual Hunt / CC BY

I love authentic experiences and there are no better people to ask for those expect the ones that have visited the country, A LOT. This is a guest post by the lovely Chantal Blake, a writer and world traveller. 🙂

When Muslim travelers tell me they want to visit the Caribbean, my first recommendation is always Trinidad. Many haven’t heard of this tiny, oil-rich island, but they boast an accomplished Muslim community that has made Islam as much a part of their culture as Carnival. With more than 85 mosques to choose from, Trinidad has the highest concentration of mosques in the Western Hemisphere. Furthermore, they have their own Islamic TV network, a Muslim credit union, thriving businesses and a number of social service networks.

Though less than 10% of the population, Trinidad’s Muslims have made their mark. Eid al-Fitr is a national holiday and Islamic schools and colleges are well-recognized as academic institutions. Halal food options are abundantly available, even in common fast food chains. In public spaces, including beaches, it is not uncommon to see modestly dressed men and women enjoying their social life freely, or limin’, as they say in Trinidad.

When compared to the United States or Europe, one might assume that Trinidad’s Muslims are isolated or segregated from the general society but, in fact, Muslims are woven throughout the society as professionals, politicians, artists, etc. As is true for most of the Caribbean, there is a laid-back attitude that fosters tolerance of differences and mutual respect which is why the Christian, Muslim, and Hindu communities can co-exist peacefully on the island. Whether of Indian, African, or mixed ethnic heritage, Trinidad’s citizens all share some common aspects of national identity and food culture.

Visiting Trinidad is an easy trip to plan because, unlike many other Caribbean islands, it has no hurricane season. Towards the end of the summer, an international convention called Revival of the Ummah  is held annually and attracts speakers and visitors from around the world. However, the Muslim traveler would be wise to avoid Carnival when party-loving travelers flock to the island to enjoy flamboyant costumes, live calypso or soca music, and dance performances. This event is held on the two days preceding Ash Wednesday, the start of Lent in the Christian calendar, which generally falls in February or March each year.

Tobago is Trinidad’s sister nation island and though much smaller, the island is more popular for touristic activities like scuba diving, wildlife spotting, and golf. Tobago’s first known Muslim arrived about 70 years ago and now there are two mosques established on the island.

If you’re now convinced that Trinidad should be your next travel destination, here are some recommendations for your itinerary.

This nature center and lodge is an important center for scientific research as well as birdwatching. Guided tours and exhibits will introduce you to one of the richest spots of biodiversity in the Caribbean. If you choose to stay overnight, their lodge boasts a restaurant that serves locally grown foods from their organic gardens.

This protected wetland is Trinidad and Tobago’s second largest mangrove. Daily tours take visitors down the lagoon to a beautiful lake where a variety of birds call home. Be sure to pack mosquito repellant and your camera. You might see boa snakes and four-eyed fish along the way.

As one of the world’s oldest botanical gardens, a stroll through will introduce you to not only Trinidad and Tobago’s indigenous plants and trees, but transplants from other continents as well. Open daily to the public, the gardens are a place of respite in the busy capital of Port of Spain.

The nearby savannah is the capital’s largest open area and serves as a performance space for cultural events. Around the park, you’ll notice Victorian-style homes from the past as well as the official homes of the island’s president, prime minister, and others. When you get tired of walking, refresh yourself with fresh coconut water sold by vendors along the sidewalk. 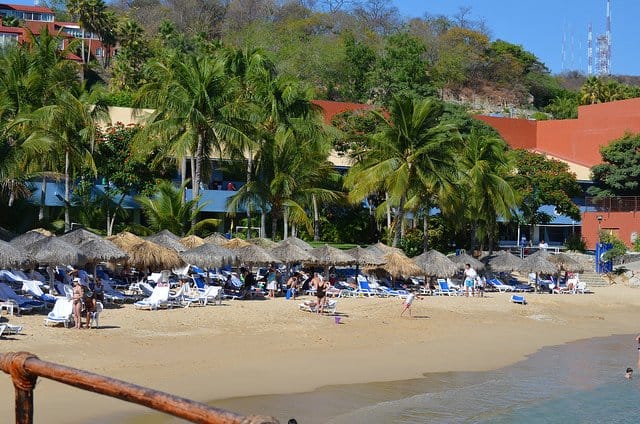 This beach has a long coastline in an area with few residents. Branded as one of the quieter, less commercial beaches, you’re not likely to run into many tourists or sun worshippers. The ocean can be quite rough, but the endless stretch of palm trees is amazing.

As one of Trinidad’s oldest mosques, this place of worship has been serving the Muslim community for decades. If you find yourself here for jumu’ah, you’ll see many worshippers heading to one of the halal restaurants nearby for lunch. Young Ho Lee’s Chinese Restaurant right across the street is highly recommended.

This mosque was first built back in 1910 but was reconstructed in 2004. It’s a very active mosque in Couva and is interestingly located right next to a Hindu temple, a visual testimony to the religious diversity of the island nation.

Right alongside Charlieville Highway, this beautiful mosque is an easy landmark to reach and a quiet refuge to pray in. It is affiliated with the Anjuman Sunnat ul Jamaat Association or ASJA, one of Trinidad’s largest and oldest Islamic organizations.

This popular street food is one of my favourites. Two fried pieces of dough, spread with seasoned chickpeas, topped with sweet chutney and pepper sauce, and then quickly wrapped in wax paper. Not only is the snack cheap, tasty, and halal, it was made popular by a Muslim family  who were the first to brand it as Deen’s Doubles in the late 1930’s. 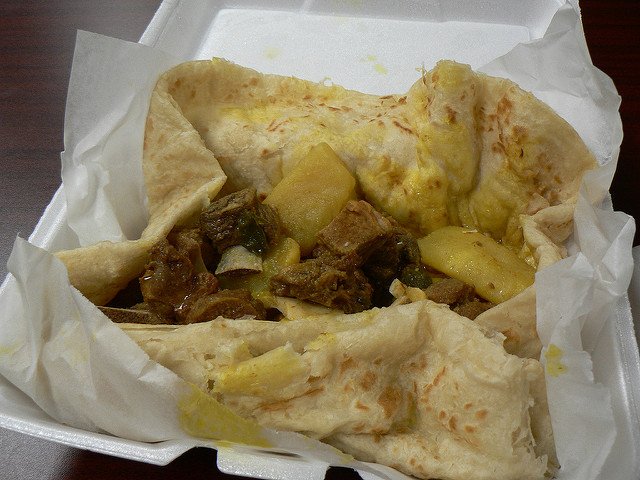 This wholesome dish is a great meal for the road. It’s a large Indian flatbread tightly wrapped around the curried filling of your choice like chickpeas and potatoes, meat, or seafood. Check out Karamath’s chain of roti shops around the island.

Though I haven’t personally tried this dish, it is one of the most common meals on the island. ‘Bake’ refers to a fried flatbread and ‘Shark’ is in fact fried shark meat, seasoned with a variety of spices, and served with a variety of toppings and condiments.

Chantal Blake is a freelance travel writer and unschooling mom of two from New York City.  Currently based in Turkey, she has been living abroad with her family since 2008.  She archives her travel stories and adventures at www.WayfaringGreenSoul.com