Turkey, the cradle of civilisation, stands firm in the modern world. This delightful country will captivate you with its historical architectural beauty; your senses with its delicious cuisine (see Food Bites on pages) and warm your heart by the generosity of the Turkish people. Immerse yourself into an amazing journey using all your senses. Spreading from Europe to Asia, Turkey is the perfect geographical location, acting as mid-point for the European, Asian and African continents. It has served as a connector between civilisations for centuries.

Modern Turkey, as we know it today, was established in 1923 in the foundations of the Turkish Republic succeeding the Ottoman Empire. It has a democratically elected regime with a population of over 75 million citizens. Officially, it is a secular country with no authorised religion since the constitutional amendment in 1924; though over 95 percent of its citizens are Muslims. Turkey has rich history and culture with an open-air museum, the city of Istanbul being the most famous of them all.

Turkey has something for every traveller ranging from the great Mediterranean resorts, cave exploration in Anatolia or to a city adventure in Istanbul. This delightful country will keep you in awe. It is no surprise that Turkey ranked as the sixth most popular holiday destination, in the world, with over 30 million tourists visiting every year [figures released by Turkey’s Ministry of Culture and Tourism].

Istanbul is a cosmopolitan city, welcoming people from diverse backgrounds, making visitors feel at home. It has a European ambience, yet it preserves its deep cultural and religious roots. With thousands of mosques spread across the city you can hear the beautiful ‘Adhan’ (call to prayer) throughout the day. It is one of the most famous touristic cities in the world with over four million yearly visitors. Istanbul is a culturally rich city with beautiful architecture and centuries of historic sites established by the Byzantine and Ottoman Empires.

When you enter Istanbul, you are at the door of Europe and Asia with only a few steps separating the two continents, amidst history dating back to 300 thousand years. A mosaic of cultures, religions and civilisations collectively in one place. It is home to some of the most important and beautiful historic sites in the world. It takes only minutes to fall in love with this charming city. No wonder it is the most visited city in Turkey and for good reasons too. 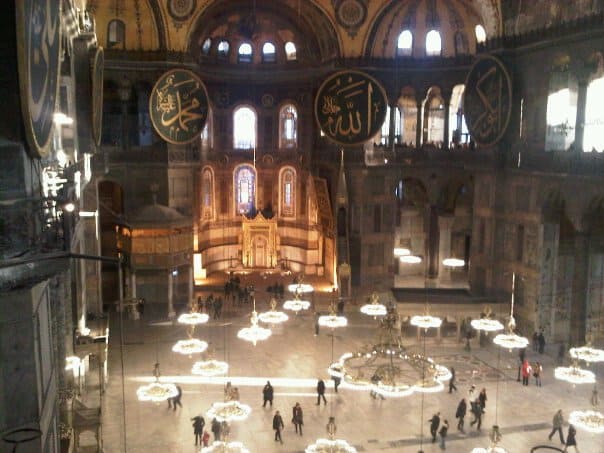 This is one of the most famous historical sites in Istanbul and in my opinion one of the most beautiful ones. Hagia Sophia was commissioned by the Byzantine Emperor Justinian in 537 CE and served as a church until 1453 CE when the Ottomans occupied Istanbul, led by Mehmed the Conqueror, converted the church into a mosque. It was then secularised almost 500 years later by the late President Ataturk, converting the mosque into a museum due to its historical, religious and architectural significance.

Rebuilt three times at the same site, Hagia Sophia houses the museum with an outstanding mosaic and cultural collection. You will see a mixture of Christian and Islamic traditions, such as the ‘minbar’, where the ‘Imam’ (leader of the local Muslim community) in the centre of Hagia Sophia as well as glimpses of Christian icons revealing themselves through the restoration process. Hagia Sophia has different opening times during the Summer and Winter and it is closed to the public on Mondays. To find out more about this iconic building, visit their website here.

[irp posts=”6093″ name=”5 Halal Resorts to Visit in Turkey for Your Summer Holiday, Halal food, Women only Pools and more”] 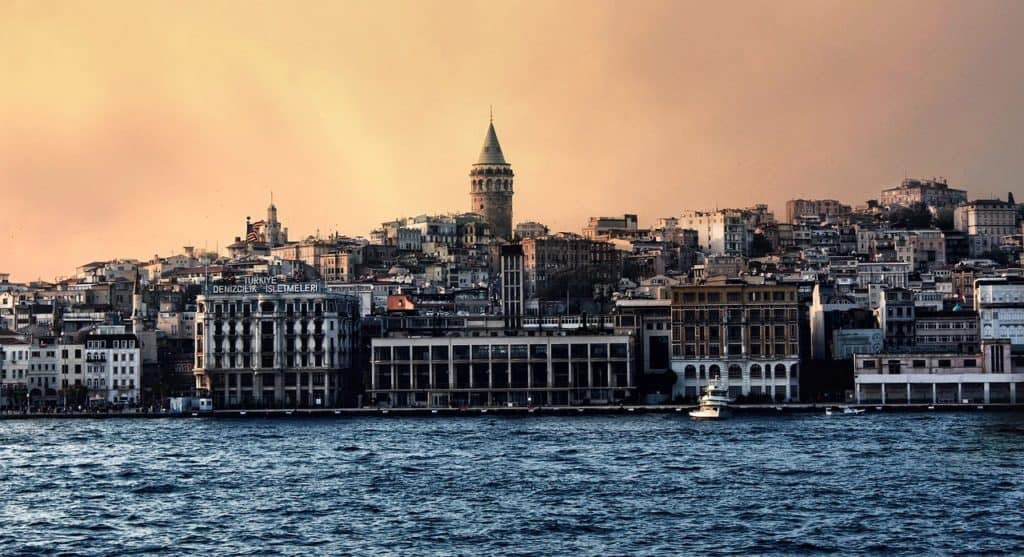 If you always wanted to see how the Sultans lived and all the mystery tales surrounded their existence, then a visit to Topkapi Palace is a must! Topkapi is one of the best-preserved examples of the Ottoman Palaces that we have today and it is acknowledged as a UNESCO World Heritage Site since 1985.

The palace was built in a strategic location alongside the ‘Bosphorus’ ( the boundary between Asia and Europe) in 1453 until 1856.Topkapi was not only used as a palace but served as the heart of the Ottoman Empire. Virtually every important function of the Empire was located within this palace. It was the centre of the administrative affairs where the Council of Ministers met and hosted the Treasury and the Sultan’s university; the most excellent educational institution in higher education at that time.

The best way to explore Topkapi and avoid the long wait will be to start with the ‘Harem’. This is where the Sultan’s personal quarters are situated. Entry is on a first come first serve basis and they only let in a limited number of people each time. Then you can continue your exploration through the Treasury where you can see the exhibits of priceless jewels, gold and works of art. Lastly, enjoy a stroll down the magnificent gardens of the palace and courtyards. The palace is open daily except on Tuesdays and it operates during the Winter and Summer. You can find more information here.

The Sultan Ahmet Mosque or popularly known as the ‘Blue Mosque’, due to the blue tiles of its interior, leaves the visitor in wonder. It is one of the most popular and well-known mosques in Istanbul today and it is located in the Sultan Ahmet vicinity which is only steps away from Hagia Sophia and the Grand Bazaar. The mosque was built by Sultan Ahmet I from 1609 to 1616 and today it can facilitate up to 10,000 worshipers. Just outside the mosque, there is a resting area and I would highly recommend it for you to relax and enjoy the view of its exterior, before admiring the beautifully decorated interior. In 2006, Pope Benedict XVI visited the Sultan Ahmet Mosque during his visit to Turkey which marked only the second Papal to visit, in the history, a Muslim place of worship. The mosque is also a museum where many tourists can enter and visit during non-prayer times. As with any other mosque etiquettes, the ppropriate dress code of long sleeves and long skirts is advisable. Scarves and skirts are also available to borrow and are free of charge at the entrance of the mosque on a first come first serve basis.

It is regarded as one of the largest and oldest shopping centres in the world; The Grand Bazaar has become a shopper’s favourite place. It has a thriving and lively atmosphere that is lost today in many of the modern shopping malls. The Grand Bazaar consists of 61 streets with over 3,000 shops employing 26,000 people and has approximately 300,000 daily visitors. It is a great way to spend a day exploring all the stores and what they have to offer. Everything is up for bartering and you should never pay full price for anything. The Turkish shop owners in the Grand Bazaar are some of the best sales people I have met! You are easily convinced to buy something that you most likely do not need. You can find pretty much anything from European clothes, gold jewellery, Turkish carpets, and souvenirs to accessories. Do avoid buying imitation designer items! The bazaar is open from 9 am to 7 pm except for Sundays and Bank Holidays, and it is within walking distance from Sultan Ahmet Mosque and Sirkeci tram stops. 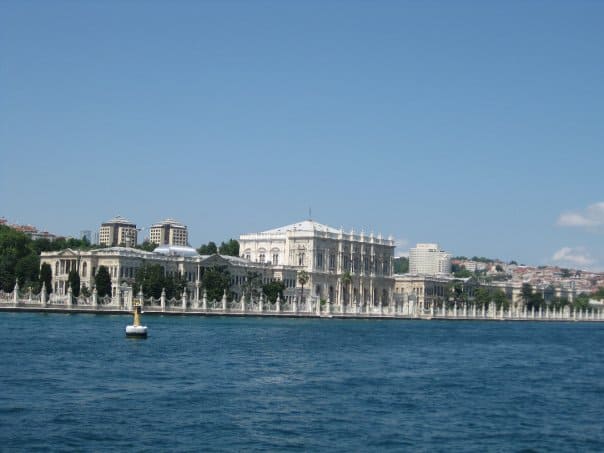 One of the best ways to explore the complete city, and my personal favourite, is the Bosphorus Cruise. The cruise gives you the opportunity to see Istanbul and many of the historical sites from sea, while you are travelling between the European side and Asian side. It is there that the Marmara Sea and the Black Sea come together. If you go during sunset, you will be able to see the lights on the Bosphorus Bridge that change colours as well as the beautiful hues of the waterway – ‘Golden Horn’.

There are many different options when it comes to cruising on the Bosphorus. It can take from a few minutes to a full day. If you want to just cross the Bosphorus, you can use the local ferry that would take you from the European side to the Asian side. If you want a more leisurely experience then you can have dinner on the cruise and enjoy the city and its picturesque views. 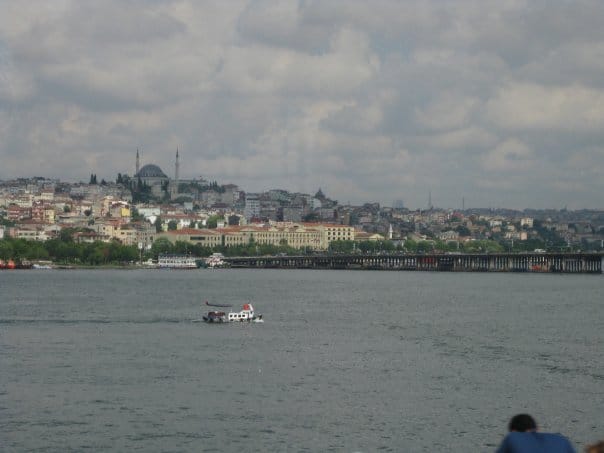 Making the Most of Istanbul

The best way to explore Istanbul is on foot or use the extremely tourist friendly “tram”. It is cheap and easy to navigate from the airport to the majority of the historic sites in Istanbul. It is a great way to familiarise yourself with the city. If you are short of time and would like to make the most of your visit, I would recommend using one of the tour bus companies. It will cost you a little extra, but you have the opportunity to listen to some of the city’s historical narrative, as well as see some of the sites from the tour bus. You can always hop on and off and explore anything that might interest you in detail.

Depending on how many museums and places you would like to visit during your stay in Istanbul, I would recommend for you to purchase the ‘Istanbul Museum Pass’ which can save you a lot of money and time. Buying the pass is trouble-free and it gives you access to museums for three or five days. In addition, the pass helps you skip the ticket queues which can be long, especially at very popular touristic sites. For more information visit: www.muzekart.com/en/museum-pass/

Even though Istanbul is relatively a safe city with regards to criminal activity, it is worth knowing that it is popular for its frauds. As with any popular tourist destination, you should always take care of your personal belongings and never leave them unattended. Pickpocketing is something you can see often in Istanbul and it is highly advisable to keep your phone or money in your front pockets. It is also advisable for you to stay clear from people who would approach you while on the streets, offering you guidance or services without initially asking.

Istanbul has some beautiful hotels and options for all the budgets, from super luxurious hotels overlooking Bosporus to some smaller boutique hotels in the Sultanahmet area.

For flights check out the best prices on Momondo.

This article was first published in the Ilma Magazine Issue 13. You can find the full article here and also check out the Turkish delight recipes for some delicious authentic food Turkish food at home. They are my favourite and from my childhood.

"Traveling - it leaves you speechless, then turns you into a storyteller. - Ibn Battuta" END_OF_DOCUMENT_TOKEN_TO_BE_REPLACED