I have to admit I am not one for having a routine or being super organised. I blame my right brain, which is creative, messy and happily dis-organised. However, one thing I have noticed over the year I have been a mother is how much a baby travel routine made our travels so much easier. 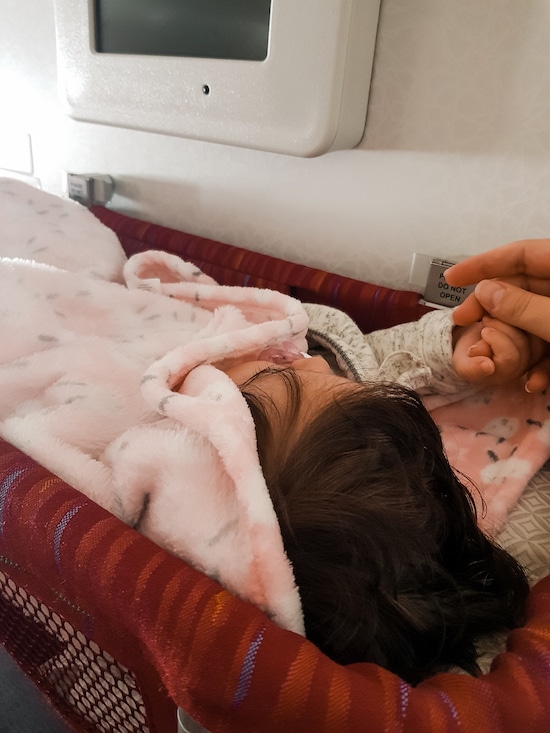 Baby S on the way to Salalah, we flew while it was her nap time to make sure we get that white noise in.

We had been to 7 countries by the time she was 7 months she has been such a great travel companion bless her. When she was a baby, she would sleep through the majority of the flight.

I remember once, on a flight from Manchester to Thessaloniki she slept from our drive to the airport all the way to Greece and woke up only to eat for 10min. After landing the lady next to us commented on how she was impressed.

I can’t take credit because this was a miracle, but I think the noise of the plane helped her.

When she was a newborn, I didn’t have much of a routine for her; mostly, it was sleep, eat, poop – repeat. She seemed to sleep better on a plane than at her crib were waking up every 30min was the norm.

For the past few months, while we have been in the UK, I decided to put into practise the courses I bought on sleep training so that I can cope with motherhood on my own. (My mum was in Doha helping with S)

One thing that seemed always to be the number one advice is to have a routine for your child to improve their night sleep – I was desperate but wasn’t sure how a daily routine would help her night sleep. I have to say this did work, and I am glad I stuck to it.

They say children thrive on routine because they know what to expect, and it’s their way of communicating with their caregivers.

We created a routine where she wakes up and sleeps at the same time, and also her meals are always similar timings. This way, she knows what to expect and when.

I was worried about travelling to Greece for 6 weeks, and how this would affect the good routine, we had established. Especially as now she is 14 months old and much more aware of her surroundings where everything is SO much more interesting than sleeping.

However, what I realised is that her routine helped her cope with the change and adapt much faster and better. Especially with the time difference. 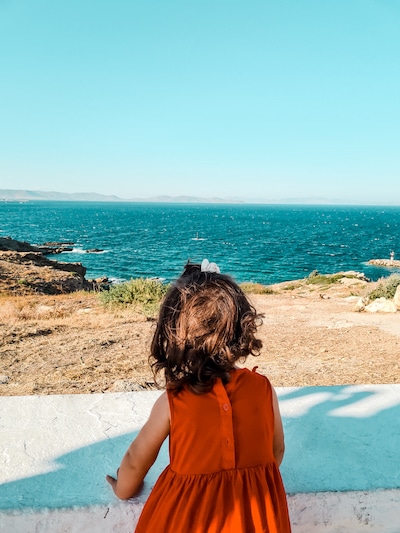 Here is why you would create and stick to a sleep routine, whether travelling or not at the moment:

Adjust to the time difference easier

It takes my daughter about 2 days to go back to her nap schedule and avoid jet lag. She wakes up at 8 am and goes to sleep at 8 pm with a 2 hrs nap at 11 am. She does wake up several in the night; however, the plan is 8 to 8.

When we travel, I try to pick a flight that will arrive between her wake times to make it easier on her sleeping pattern. Not always the case and our last flight was over her bedtime, and she was so tired she hardly made any fuss.

In the morning, however, I woke up her only 30min later than expected at 8:30 am, even though she went to sleep at 11 pm. I did this to maintain her routine and make sure she goes for her lunch nap at 11 am. She will be tired, but her body is already in synch with this routine, so it is manageable for her.

She also falls asleep much faster this way. Before it used to take me 1 hr of putting to bed for a 30min nap, talk about exhaustion.

Helps them adjust to the different environment

Everything seems so big and scary sometimes to children, and we forget that. Travelling for us is fun, but for the kids, it can be intimidating telling them to sit on a plane, see all these new people, be away from their bed.

Yes, they are resilient and adapt pretty well but still. Their routine helps them cope with the change better.

When they know what to expect even when they are away, they through fewer tantrums and behave better. 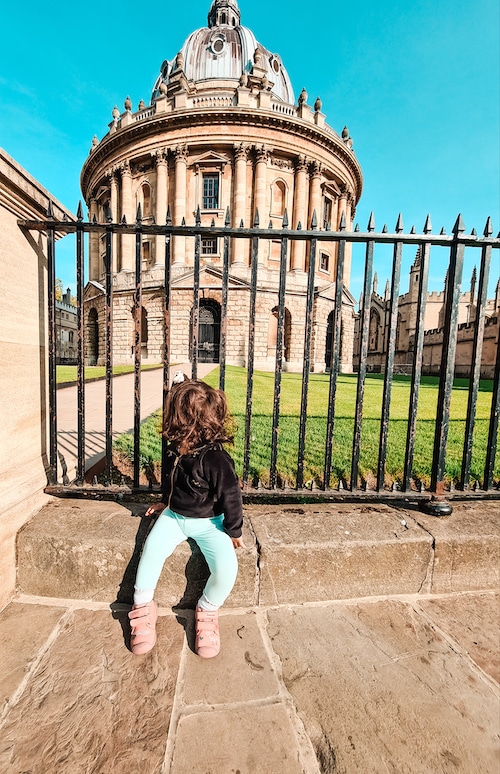 Have a similar bed sleep routine when travelling

One thing that also helps us make it easier when we travel or at home with the routine is actually to have specific steps we do. For example, I will tell her it’s nap time a few minutes before I take her to bed.

While in bed, I will put her pj’s, start the white noise machine ( I use an app on my phone), change her nappy and give her the dolly. This way she is getting psyched that it’s time to sleep and she can prepare herself.

Baby doesn’t have a watch, and they can only go by their circadian rhythm and the steps you take to realise that it’s time for them to do something. They always look for cues from their parents. 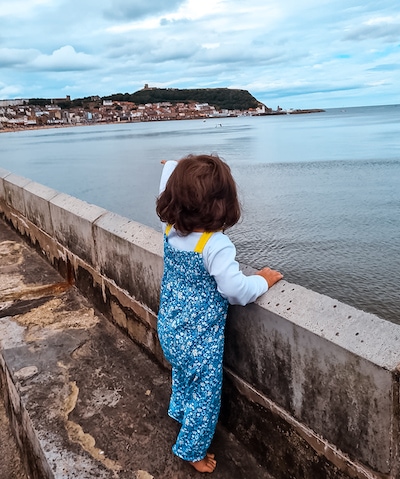 Check out this mama

Makes it easier to plan your sightseeing

If your child is like mine and doesn’t sleep in her pram, then having a routine that works for you makes it easier to have an enjoyable holiday. Generally, after breakfast, we have a window of 2 hrs to go for a quick walk around and sightsee close to our accommodation. We then head back for her nap.

Usually, during her nap, I will make plans for the places we can visit and book anything that needs booking. Once she is awake, we do get around 7 hrs of freedom where we can explore in-depth.

It was very tempting while in Greece to let her stay up longer as it’s normal to have even toddlers out until 10 pm. My mum used to make fun of us putting her to sleep before it’s dark. However, this gave us the right balance of travelling and keeping our routine for her.

Now that we came back to the UK, she has managed to adapt excellently partially because her routine is consistent.

For future travel, I will always be keeping her baby travel routine the same as it makes our life and exploring a new country much more manageable.

Even though I might be that messy creative, having a routine with my daughter has also helped me and shown me the benefits of one. I am glad I actually put her into a routine that makes our life more comfortable and also lets us travel.

One thing I hated to hear when I was pregnant was that “Now, you will have to slow down your travels”, but in reality, a good routine can make your life easier, and you can still travel. It just takes some practice and patience.

I would love to hear if you have any more tips on travelling with a baby and how to make it easier. Let me know below.