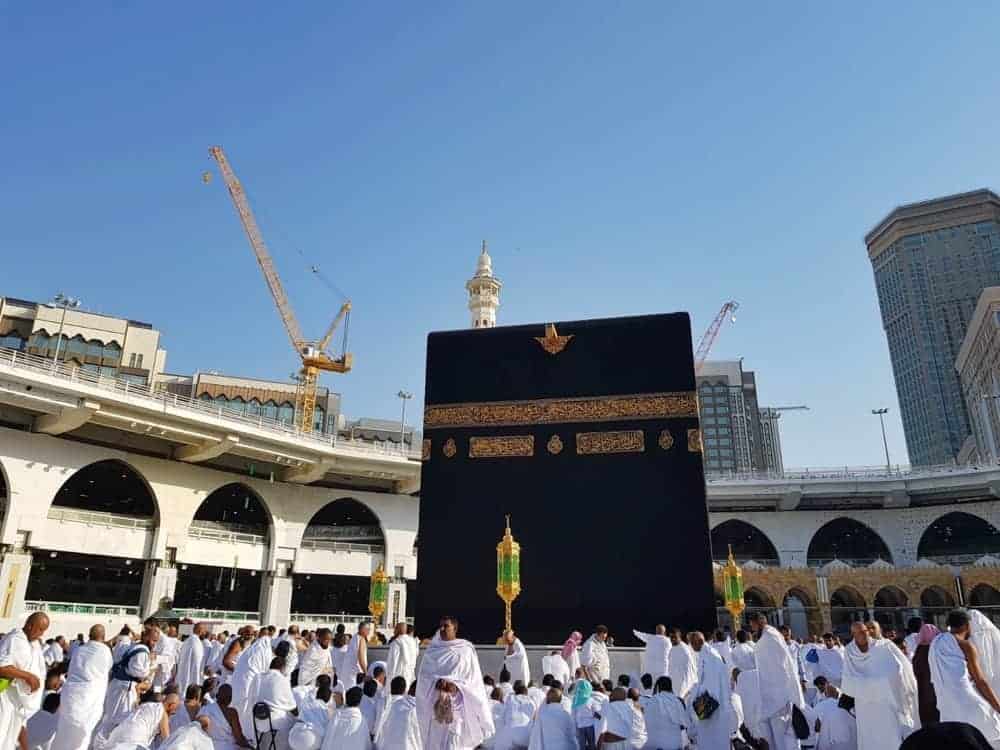 I received my newsletter from Salaam Gateway and my eye caught the title about “DIY Umrah” How worried are agents.

As the leading and largest travel blog on DIY Umrah for the past four years, I have experience on the topic and I thought I will share my thoughts.

I have to say to an extent I agree with the article, although it is Asia orientated, based on the writers.

When I started four years ago talking about DIY Umrah on my own and doing it for, under £300, every agent I spoke to rejected my request for Umrah visa only. The agent that agreed to issue the visa laughed at the fact I was planning a DIY Umrah and especially at a cheap price.

I told him, wait and see… And I did it, I wrote a book about it and ever since I have been doing DIY Umrah with impressive savings.

Now, back then when MuslimTravelGirl.com started and I did start writing the posts and the book, many UK based agents became worried. I did hear the rumours from other agents and readers because I was ‘undercutting’ them.

It was not a popular way of travelling, we were promoting a DIY Umrah version that could save people hundreds that usually go into commissions to agents. Have an example of the saving here.

Slowly I started noticing that many of them would come to the site, read my posts, sales page and then tailor their emails to their customers and they started offering “flexible” packages, Do it yourself Umrah, options with different airport offers.

I saw this as a win and a promotion on a topic I was so passionate about; helping Muslims perform Umrah for less.

I knew so many families with dreams of Umrah but the cost was unbearable so my passion is for everyone to be able to afford to visit Makkah and Madinah.

Alhamdulillah for the past four years I have helped thousands of people make this possible and I truly believe part of the success of this blog is from their duas.

The emails from people who have been for DIY Umrah always brings tears of joy!

Back then people didn’t know they can perform DIY Umrah, and that they can receive their Umrah visa from an agent and also just book their own accommodation and travel.

Now, four years on and this is so much easier.

We have so many options at our disposal, from cheap hotel deals to low-cost airlines and transport sharing apps like Uber or the new train from Makkah to Medina that makes all this possible.

Plus with the Saudi vision of 2030, which is to have 30 million pilgrims for Umrah and Hajj things are looking up for everyone.

Should Umrah Agents be worried? 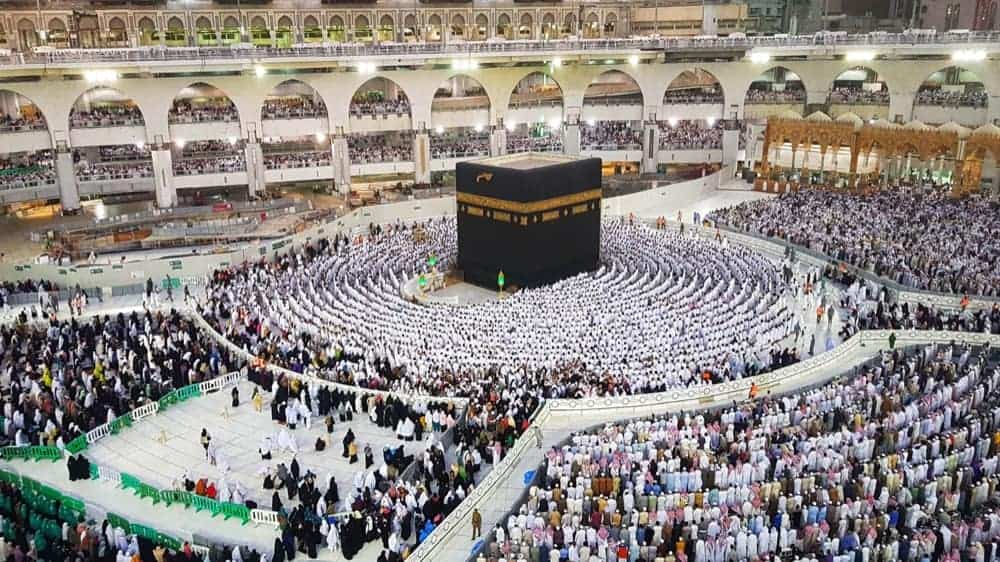 Understandably and you can see from the article some people are worried and others are happy with the prospect of a DIY Umrah.

For the record, I agree with the principle, agents are not going anywhere because millions of people still need them. However, their role will be changing in my opinion in the forthcoming years.

They should be more open to the idea that especially Western and educated young Millennials and Generation Z travellers will require less of their expertise but that doesn’t mean that others won’t.

So many countries are still a monopoly of agents for Umrah visas (looking at you South Africa) and it is almost impossible to issue one.

Other countries like the United States, Australia, Canada and the UK are much more open to the idea of issuing visas. And many people from North American do a Do-It-Yourself Umrah.

An interesting point raised on the idea of DIY Umrah is how people will cope with the cost and who is reliable. As of now, to issue a visa your fees are non-refundable, so this is not really a problem, hotels are non-refundable and flights are as well.

Losing this amount of money for a person who has booked a trip is a substantial loss and many are serious travellers because their money is on the hook. Not a deposit to an Umrah travel agent.

For those who go on a DIY Umrah, the bigger obstacle is obtaining an Umrah visa from an agent in their country. I had to ring 10 before I found an agent willing to issue me an Umrah visa in the UK and this is true daily for many of the emails from readers I receive asking for recommendations.

Things are changing, technology is helping the situation and modernisation. Saudi Arabia is in the process of issuing tourist visas and also looking into online Umrah visas and I feel things will become easier.

The best way them achieving their 2030 vision is to let people start becoming independent when it comes to their Umrah pilgrimage. I wish this becomes true for Hajj as well. 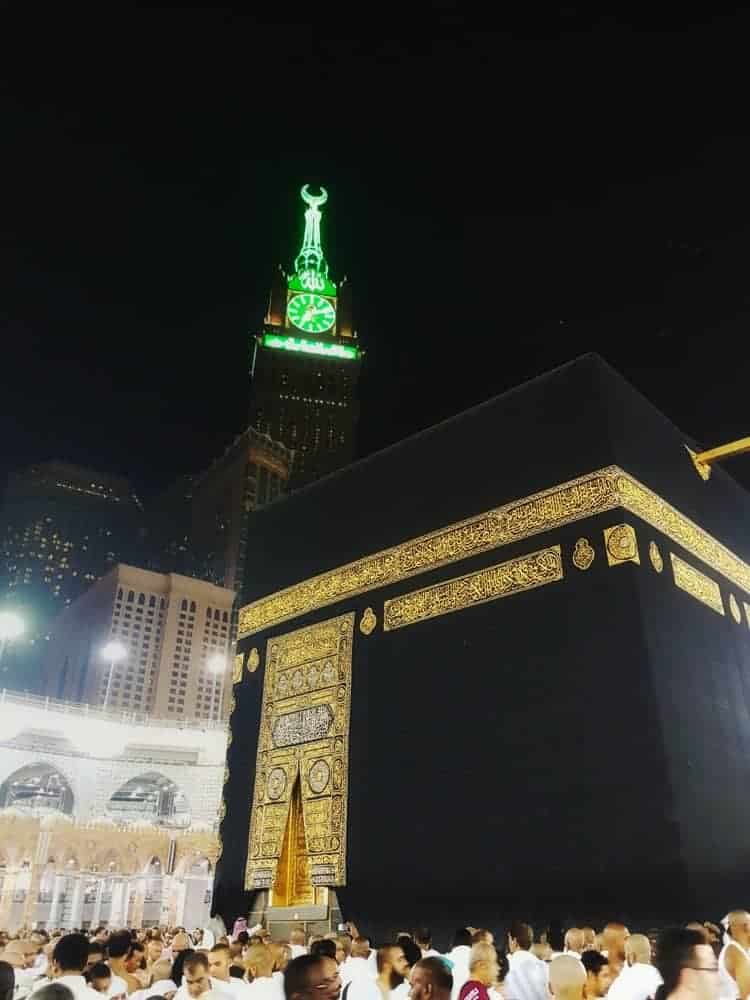 I know for a fact many more new options are coming up in the next few years to make this possible.

There can be safety measures in place to make sure people return on time, or that they have accommodation or flights booked or that they are even Muslim. Read here more on converts.

As someone who monitors the prices almost daily, I know for a fact that the new hotels and the flights to Saudi Arabia are becoming cheaper because of competition and this is healthy because it makes it more accessible.

Staying next to Haram is not anymore only for the rich, it can be achieved by the average Mohammed or Fatimah as well. I know, I have done it many times.

Having said all that, people from Asian countries due to their numbers, education levels and cultural background will still need the support and agent packages. This is totally OK.

DIY Umrah is not for everyone and I don’t foresee it being so. It is for a small percentage as I will talk about further. But the younger savvy tech generation should have other options as well.

Trying to block the modernisation of the system will only hurt us as Muslims rather than help us. And we have seen the effects in other Islamic economy sectors.

Agents should embrace the change rather than resist it.

They can offer Umrah packages for similar prices instead of taking big cuts, they can provide educational seminars, guided Islamic tours, flexible packages and extra trips or other services.

We just have to adapt as with everything else.

Who is DIY Umrah for? 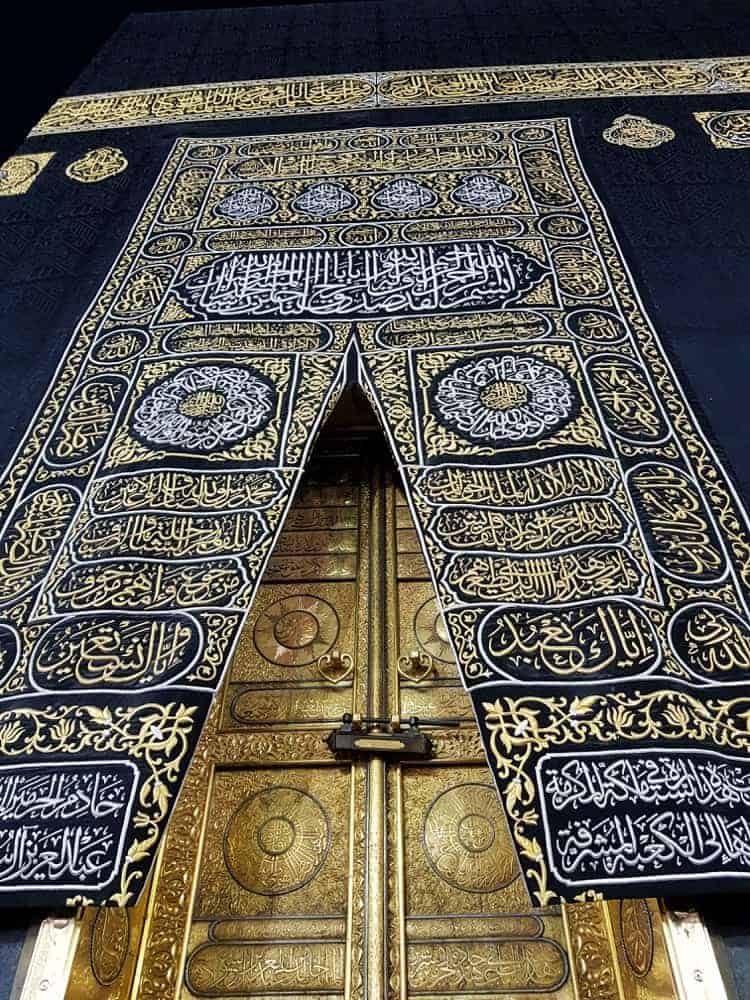 My favourite photo of all time!

Now, let’s talk about who is DIY Umrah for because the misconception is that only young people perform DIY Umrah.

There is no fear of DIY Umrah overtaking Umrah packages via travel agents.

I can tell you from experience DIY Umrah is for every generation, it is for young Millennials who want the flexibility, it is for the middle-aged who have been before and just want to be left alone, it is for large families who simply cannot afford the markup of agents and even for those going for their first Umrah.

Muslims who perform DIY Umrah come from all walks of life!

DIY Umrah is best performed by people who have been before or are confident they can manage on their own.

This website receives hundreds of thousands of views per year and has hundreds of articles on Umrah visa rules, Umrah visa prices, on how to perform an Umrah, how to plan an Umrah from any part of the world, how to find the best transport and offers, and so much more. All of these posts have information on DIY Umrah because this is a niche I am passionate about developing. It’s empowerment!

We went for a DIY Umrah in 2013 for the first time because as a newlywed couple paying £2,000 for a decent package per person was simply not possible.

Having the travel expert knowledge I knew I can make this work on my own, and so we did an Umrah for £300 per person without visas. We stayed in the then Hilton Makkah towers 5 minutes from Haram and loved every single part of it.

My husband already had been on a package and he knew the rituals so it wasn’t a problem and I took care of planning the trip. We started our life together on the right foot and I am happy we did it on our terms.

As Muslim travellers, we do like the flexibility and I know a lot of my readers appreciate this too.

I like the fact I can plan my Ziara or my Tawaf based on when I want to go rather than when the group wants to go. It is much more relaxing.

Others, as mentioned above can’t afford to pay an extra £3,000 to an agent for a family of 5 or 6 and they can save on average 25% to 40% by planning a DIY Umrah. – These numbers are provided to me by readers and what they have achieved as well as my own calculations.

Also, another important aspect that helped me actually achieve crazy DIY Umrah savings and that I share in my course is loyalty programs. We saved £18,000 on a five-star accommodation during the last 10 nights of Ramadan and business class tickets paying the equivalent of one night in Makkah during that time.

But this would have not been possible if I had to go via an agent and pay their mark up and fees. Umrah in Ramadan can be extraordinarily expensive.

Students on the course have achieved even better results and go for Umrah every year saving thousands, especially during Ramadan.

Personally, I don’t feel that Umrah should be for a special once in a lifetime trip as it was before.

The times have moved and we should too.

Especially today where the young generation has so many distractions and issues. Umrah should be a spiritual uplift to keep us grounded in what is the most important part of our life; Islam.

Visiting the holy cities will only reinforce this feeling and teach us what is precious to us. I know for a fact half of my duas were answered whilst praying at the Kabah and I would have not changed this for the world.

But this would have not been possible without a DIY Umrah!

SLAM MALAYKUM I AM SINGLE LIVING HERE 14 YEAR IN SAUDI AS HEALTH WORKER , WHEN ITS ALL ABOUT UMRA THIS IS MY FIRST TIME FOR ME TO PLAN FOR IT AND DIY SO MY QUESTION IS I AM NOT FAMILLIAR AS NEW MUSLIM FOR A DIY ALONE BUT WHEN MY LAST UMRA 2017 HAS VERY BENIFICIAL WE ARE SPONSORED THE MUSLIM CHURCH IN DAMMAM AND WE PERFORM IT BY GRUOP , NOW BCOS PF PANDEMIC CAME AND ENSHALLA GO TO NORMAL MY FAVOR IS YOUR BIG HELP HOW TO DO UMRA ON MY OWN AS I READ YOUR STORY I JUST NEEN TO HAVE A TIPS FROM YOU ON HOW TO DO IT START FROM TRAVELLING UNTIL FINISH , HOPING YOU WOULD NT FAIL ME