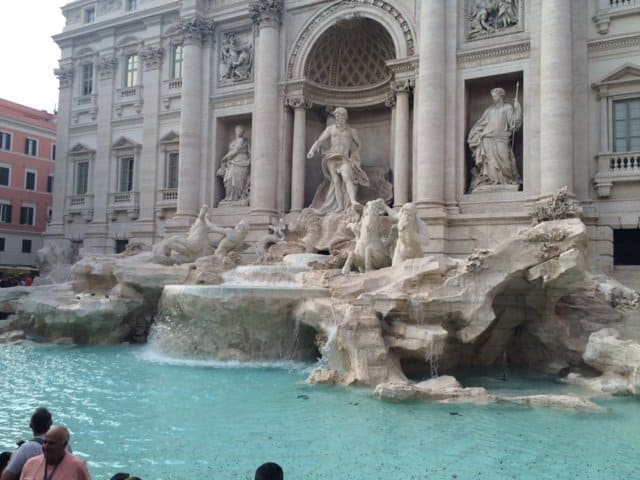 This post is written by our lovely reader Maryam and her friend about their experience of exploring Rome as Muslim girls travelling alone. Check out my 24hrs in Rome post here.  I receive this question often from other Muslim girls who want to travel alone but are not sure if it is safe. Below is their personal story.

Travelling is probably one of the greatest pleasures in life, for me anyway. It is something that I don’t really have the opportunity of doing too often. However I definitely have the travel bug and if someone said they’d pay me to drop everything and go travelling forever, I wouldn’t even think it for a second. To me travelling is an adventure, trying new things, learning and growing as a person. I recently got travel to Rome with my best friend Farah which is something we had been talking about doing for a while; however life kept getting in the way. But by around February time, both of us had had such hectic and rough few months and thought it’s about time we got away for a girly holiday.

Rome for me is a place I’ve wanted to see for years. Mostly because of its historical charm and because I was obsessed with Dan Brown books for a while so I’ve have been dying to see the Vatican and St. Paul’s Basilica. 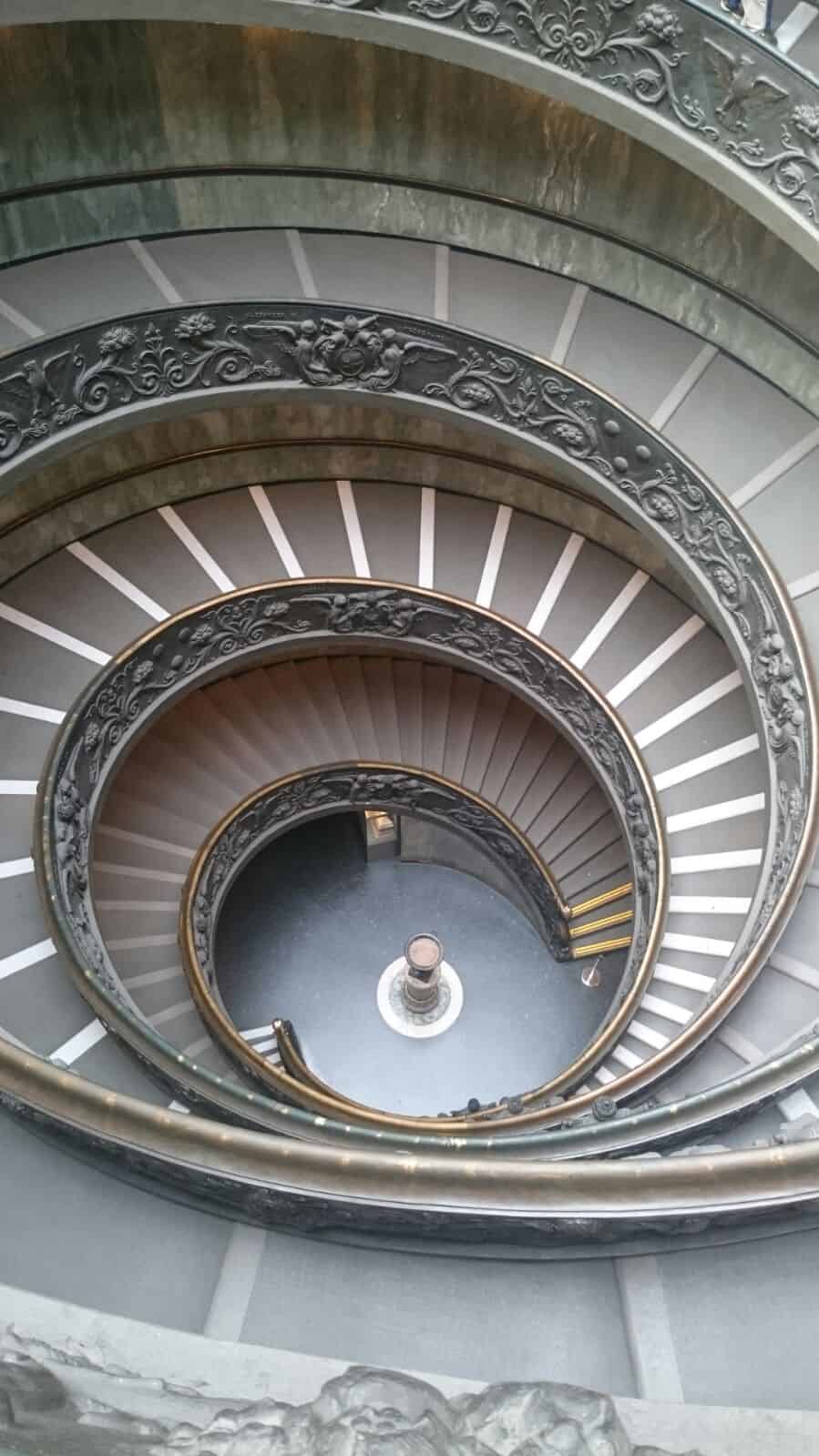 Farah and I are major foodies and were so excited to try authentic Italian cuisine. Now, in recent world events, travelling within Europe for two covered Muslim girls on the exterior sounds a little risky. A lot of people kept reminding us to be careful and to be honest even we were a little bit concerned we may face some sort of hostility towards our blatantly Muslim appearance.

However, adventure calls and we knew we were just going to have to be cautious. Our worries were very quickly drowned out by the loveliness of the Italians that we met. We found the people were very friendly and strangers would smile at us. One woman stopped when she could tell we were a little lost, and she walked us to the restaurant we were trying to find (here is the halal restaurant).  That doesn’t ever happen in the UK. 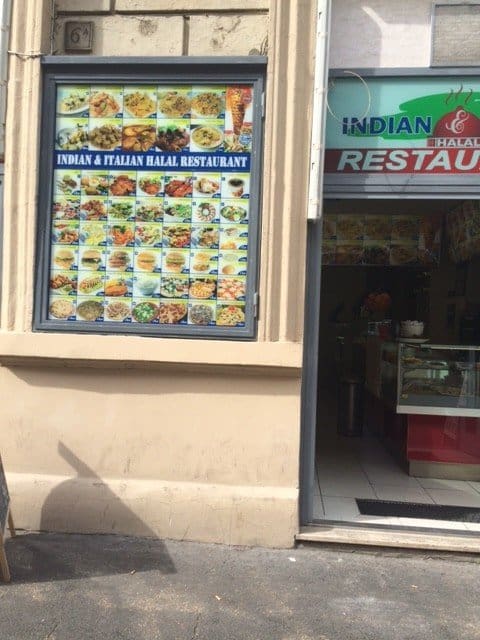 We arrived into Rome at the Fiumicino – Leonardo da Vinci airport where we took the Metro to our hotel which was surprisingly easy to use. All in all apart from major historic sights and pizza galore, I don’t really think I had any other expectations. I didn’t really know what to expect. The scenery from the airport to the hotel was our first impressions of Rome and was filled with apartment building after apartment building and a crazy amount of graffiti. But it didn’t feel like a ghetto kind of environment. It just seemed that it was the norm for people to leave their mark wherever they went. 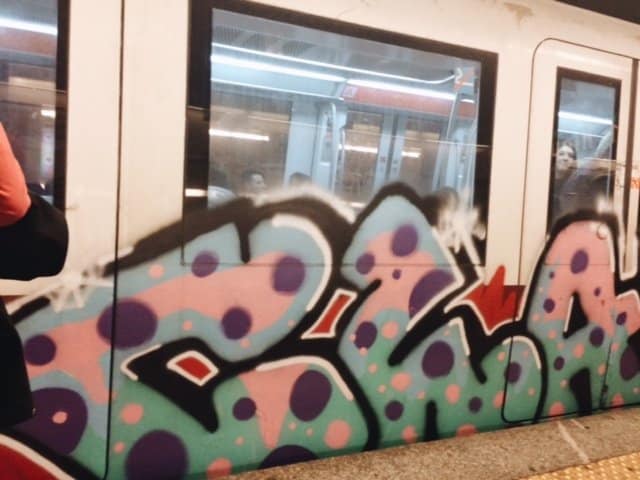 We stayed at a hotel which was right on the door step of the Metro stop Manzoni which was very convenient as we were normally only a few stops away from major sights. On our first afternoon there, we just had a walk around the neighbourhood, had our very first authentic Italian pizza and indulged in Gelato. 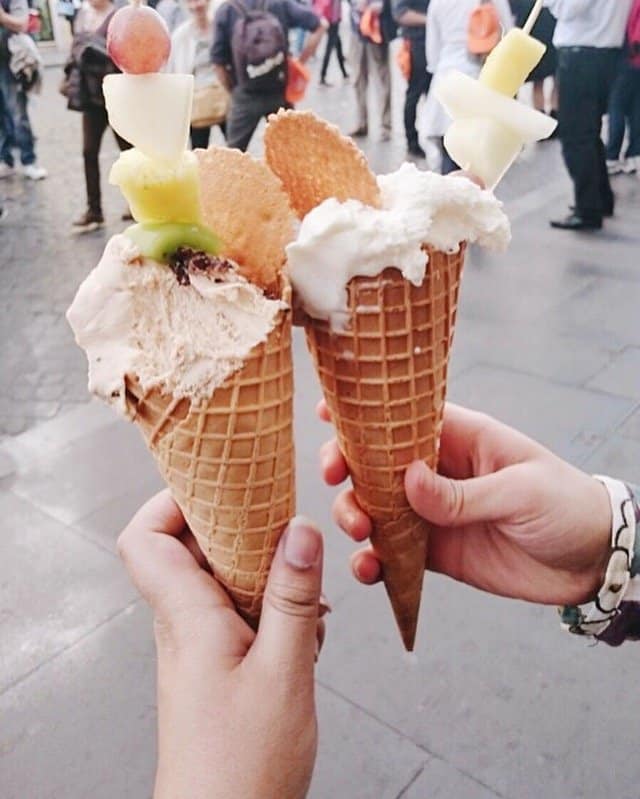 The next few days we saw most -if not all of Rome. The city is a beautiful place full of character and surprises around every corner. We literally accidentally found Castel Sant’Angelo which we had intended on seeing but got too tired to try finding it. At this point we had gotten very lost. The only thing that helped us was the travel guide maps we both bought prior to coming to Rome. They were honestly so useful and I highly recommend anyone going to pick up a Rome travel guide. Farah had the Lonely Planet one and I had the Pocket Rough guide. 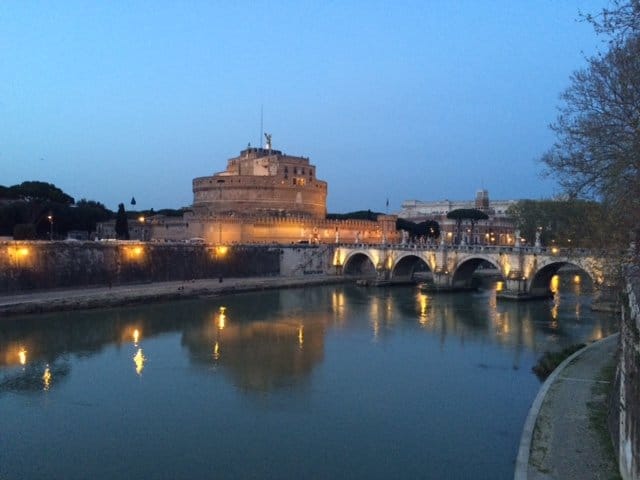 As girls travelling alone, we didn’t have any problems. We kept small bags with us while walking around as Rome is known for pickpocketing. But I think with if you are careful that sort of thing can be avoided. We did get a little bit of attention from non-Italian men, but a little ignoring and pretending we couldn’t hear did help. Wherever we went everyone thought, we were Arabs and it was kinda funny. A man trying to sell us tours of the Vatican shouted “Caio Arabs!” while trying to get our attention but we just kept to ourselves. 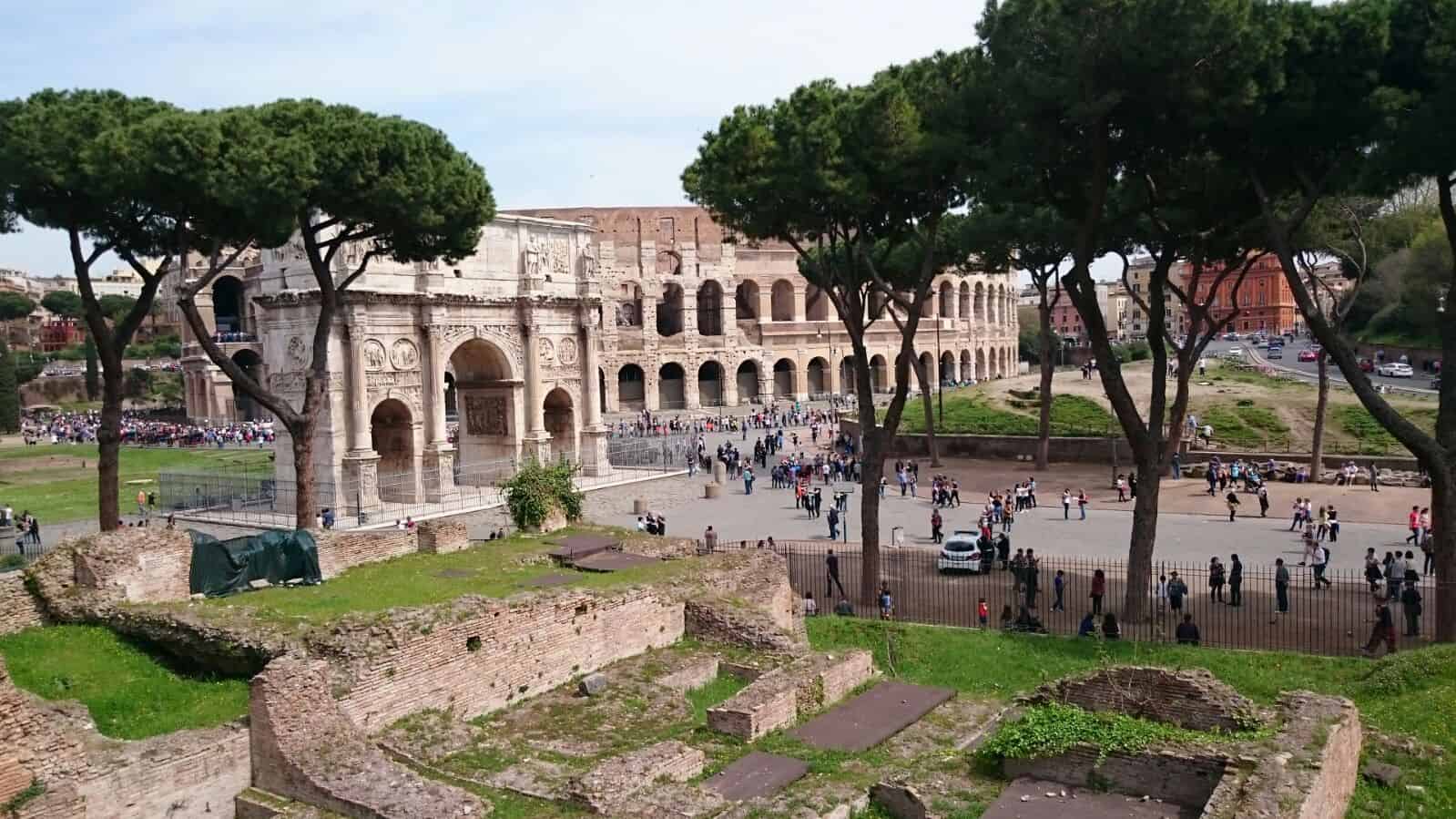 One of my favourite sights was the Colosseum. It’s so amazing and we went on a Sunday so it’s free entrance. That sounds great but believe me; it just meant that the queue was impossibly long. So this is the only site we chose guided tour for. Tour guides round people up from the queues who would pay for a tour as they would be able to jump the queue and go straight in. With the guided tour of the Colosseum, there was also a tour of the Palatine Hill and Roman Forum. The tour was only 10 Euros and very informative. Definitely worth it. 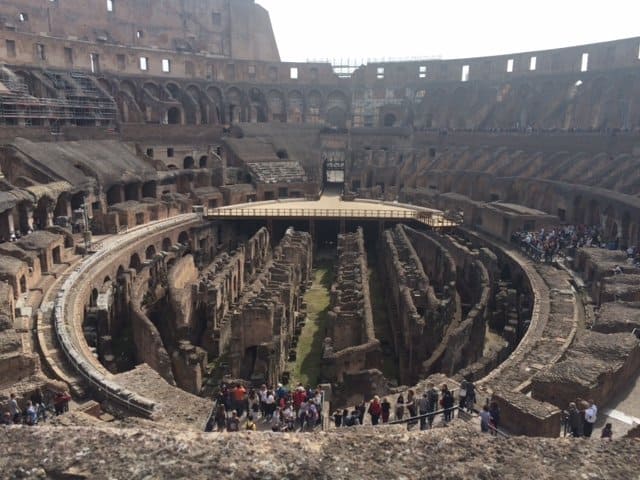 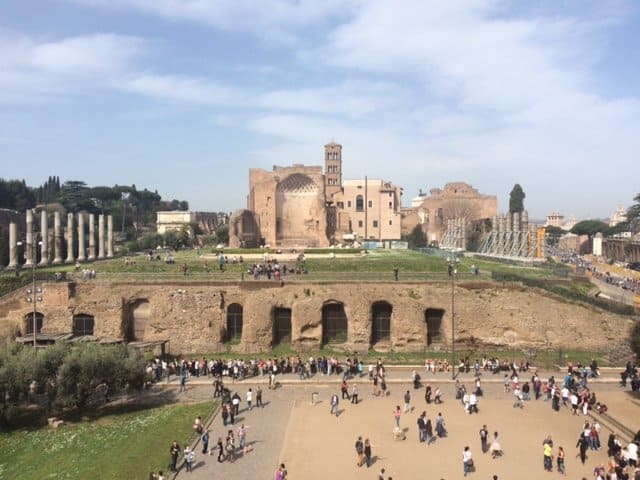 We stayed a total of 5 days and every day we had gelato and saw something new. There are some cool places for shopping around Piazza Novona, lots of little shops and there is meant to be a vintage market nearby but we didn’t get to see it. It does get exhausting walking around for hours on end sightseeing. So a couple of times, we got gelato and went to sit at the Trevi Fountain as it was very relaxing and we would just people watch as we rested our poor feet.

It was such a perfect little getaway and I’d recommend everyone who enjoys city breaks and sightseeing to go to Rome as it a beautiful city. 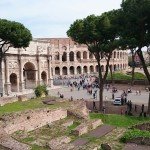 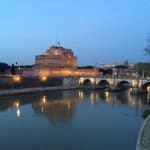 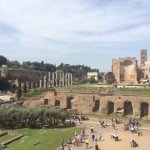 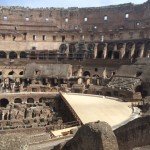 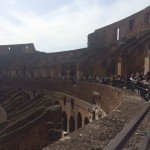 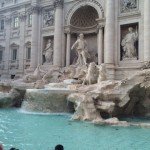 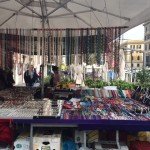 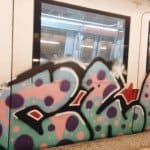 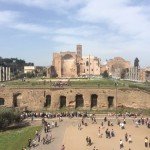 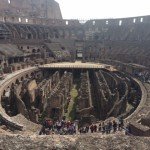 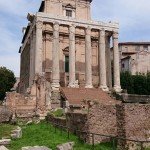 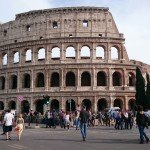 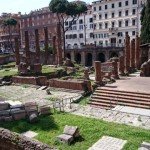 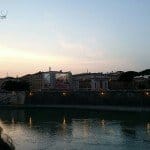 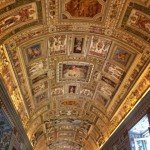 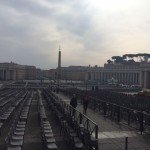 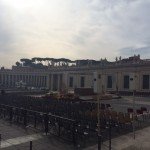