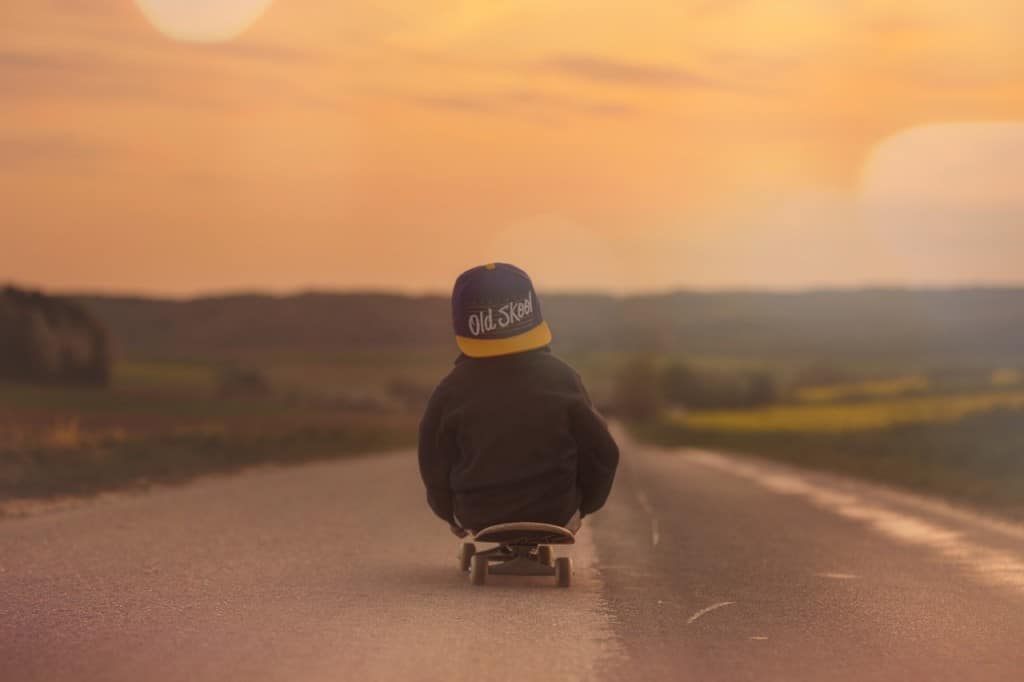 Initially I had written down Middle East but then I changed it. Since Middle East includes Saudi Arabia and I will never drive there even if I could. The people have no sense of the driving laws.

On my last trip to the UAE I decided to build up the courage and rent a car. Yay! I was always the adventurous type. I have been in the UAE more times than I remember and was pretty familiar with the roads. My Arab friends recommended I don’t rent a car and just stick to taxis but they didn’t know how much of a good driver I am. Actually I don’t think I felt such a big sense of accomplishment until I returned the car.

Before I rented the car I was looking around the web on advice of what to do and what I should pay attention to. There were some articles but mostly it was about the laws of the country; which is perfect but I still wanted to know about the unspoken rules.

I was going with my mum and aunt and it made sense to rent a car rather than rely on taxis, especially since we were going to Dubai and Abu Dhabi and back to Dubai. Plus valet parking in the hotels is most of the time free so it was a good option. It made more sense from a flexibility point of view but also from an economical point of view since we did save some money on transportation.

Driving In the UAE

I started the journey from the Al Maktoum airport in Dubai and we were heading to the Marina where our Intercontinental hotel was. I rented from a local Dubai company an economy car believing that since every car was massive over there I wouldn’t end up with a European economy option. I couldn’t have been more wrong. I did end up with a tiny tinie car which hardly fit us all in. I didn’t even know they existed in the Middle East.  Our car looked something like this. Needless to say I looked like a minion next to the massive 4×4. 🙂 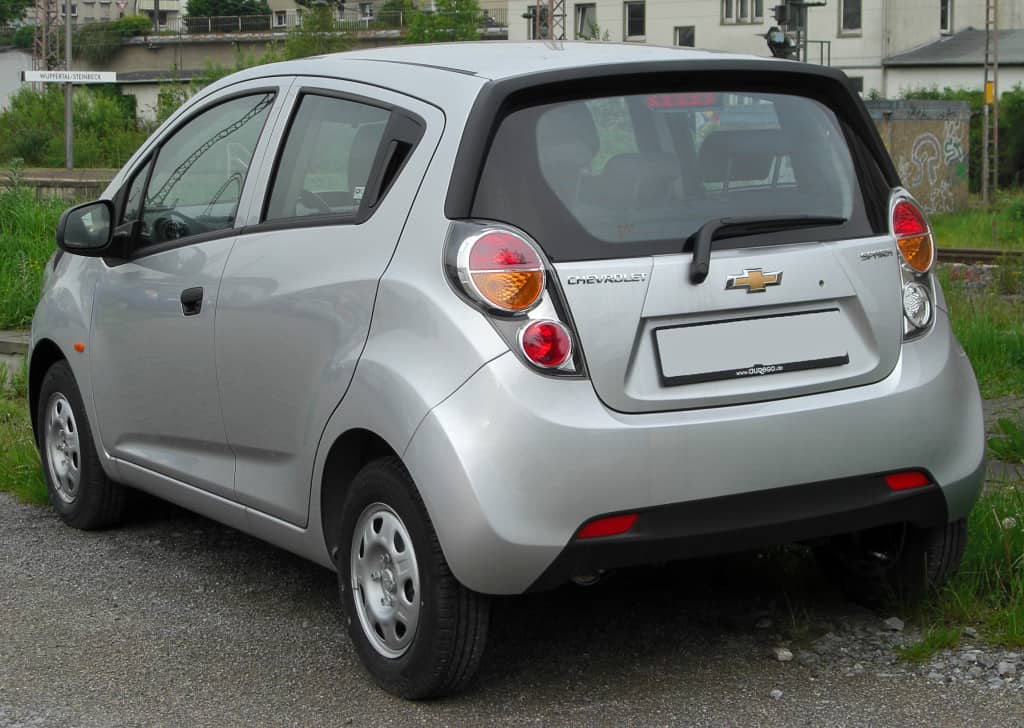 DWC is the closest airport  to the Marina and Abu Dhabi and pretty convenient thanks to WizzAir cheap European flights. The airport from our hotel was about 40miles which is not bad but I have to say it was deserted and spooky. There was lighting,however as it was night time and it is an industrial area, you can’t see much. On a plus note, it is pretty much a straight line and very easy to navigate.

While in Dubai I decided to sightsee using taxis and metro within the inner circle of Dubai around Burj Khalifa, the Jumeira beach and the old souks. Which was a wise choice as their is so much bad driving and the anxiety and stress it would have causedme. What I realised is that they do drive like nuts however if you stick to the slow line and ignore the beeping, light flashing and don’t get intimidated you can do it. Plus there are many expats on the roads driving so it is a mixture of good driving and bad driving all in one place. So here are my suggestions for you if you decide to rent in the UAE.

Stick to the slow lane

Their highway has 6 lanes which is pretty awesome since it helps with the traffic. I strongly recommend for someone new to drive in the slow lane and ignore all the beeping and intimidating. Though be vigilant because I saw some crazy driving and overtaking. However they can’t move you and you can’t go any faster, especially me since I could only go up to 40miles or something with my “big and fast” car. 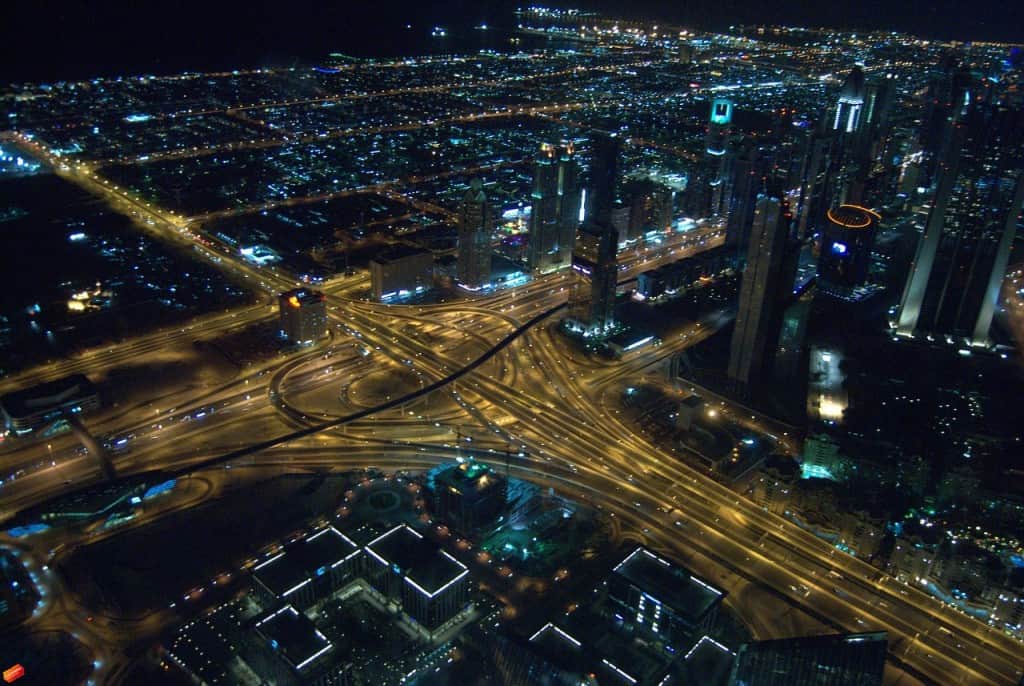 It can be confusing

Many people told me that the GPS system doesn’t work in the UAE because they keep changing the roads. This is partially true, however I found that without my GPS I would be totally lost. The highways are similar to the US style and for those not living in the US  it can be confusing and scary. So having a GPS is a must, many times it will get lost or confused but it’s better than not having one. Though I probably did do 100 miles extra because of getting lost on a number of occassions. It is also cheap to add a one month 1GB data SIM to your phone so you have internet access everywhere. 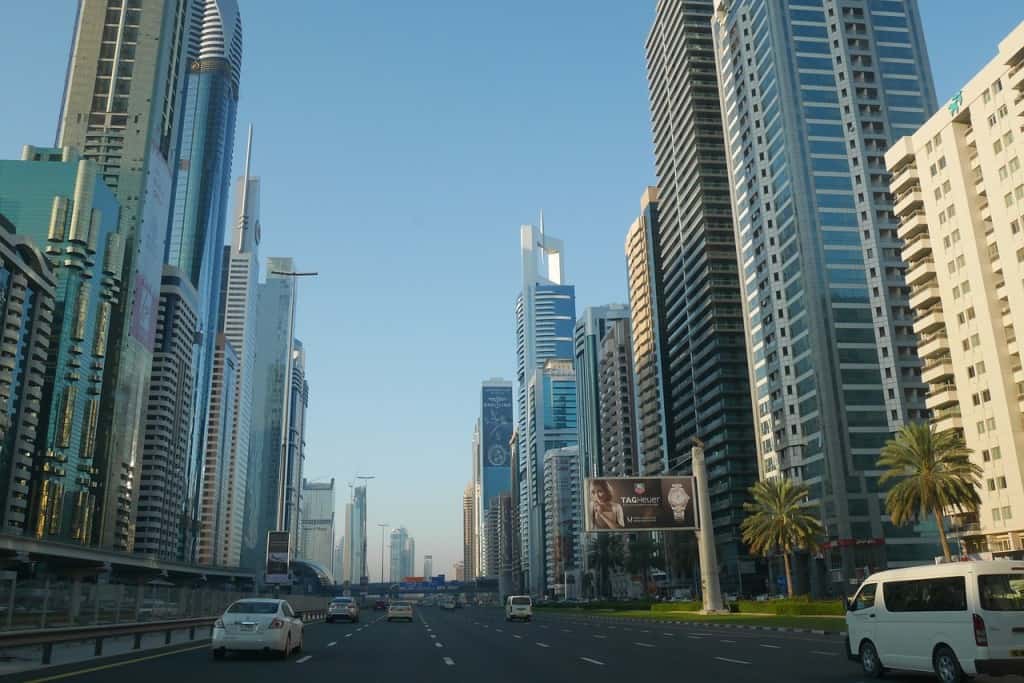 There are plenty of them in Dubai and Abu Dhabi and it can be frustrating. The worst part is that you drive for 5miles and then you realise that the road you are meant to be taking a right turn on is not open or doesn’t allow it any more. Also due to many roads being new they have numbers, so it is pretty common to hear your GPS saying take road 53 and turn left to road 48. I wish my mum and aunt spoke english and understood that I didn’t get lost on purpose. 🙂

Petrol is so cheap it is ridiculous I think I spent £10 for 670 miles. However petrol stations are not seen very often, so make sure you have enough petrol. I almost ran out of petrol on the highway and this would not have been fun, trust me. It does makes sense to fill it up and even if you have some extra petrol when returning your car to the rental company it is fine.

Driving in Abu Dhabi was much easier and calmer than in Dubai. You can easily drive there as a tourist in my opinion. The roads were easy to navigate and the GPS works well too. The only problem I had was finding the Grand mosque, as the GPS went crazy and sent me around the mosque for about 40minutes. However I realised it is not easy to find it from where I was trying to get in from. If you ever go there put in your GPS the Hilton Capital Gate hotel and it will be super easy to find.

Before I left the UK I made sure I had every insurance possible. I prefer to have that extra piece of mind and especially when driving rentals as the excess can be very expensive. I would definitely recommend making sure you have adequate insurance just to mitigate any incidents. It is not uncommon for companies trying to charge extra or for drivers just leaving the scene without stopping.

It was a great experience and next time I am in the area I will definitely consider renting again. It turned out to be cheaper and I loved the flexibility. I explored more places especially because distances in the Middle East are huge so it does get expensive to use taxis all the time. I don’t think there is much to be afraid of and if you are going to rent then I recommend what I did; using the car for the longest distances and for short sightseeing using taxis or the Dubai metro.

How I did it

P.S if you are heading to Dubai check out the 14 things you shouldn’t miss here

sorry i am not sure you can. your best bet is to ring up one of the car rental place sin the UAE and ask.