The DWC or Dubai Al Maktoum Airport is located in the Jabal Ali industrial zone of Dubai and is about 37km from Dubai city. It is part of the Dubai World Central, a complex of residential, business and logistics complex; which is currently under construction. 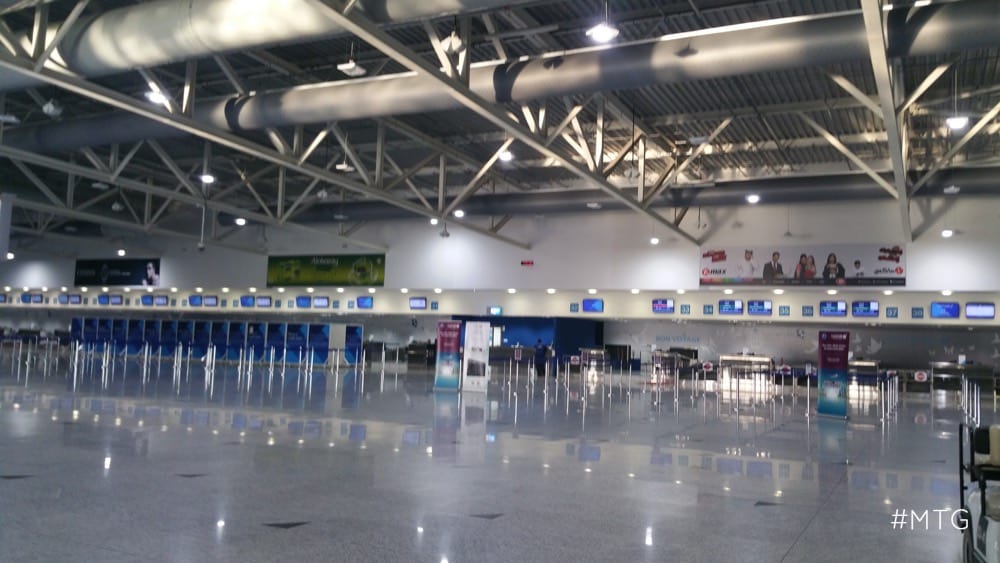 The airport opened in October 2013 and funnily enough I was there just a couple of days after the opening on a Wizz Air flight. It is a small airport and operates only to a few destinations with Wizz Air, the low cost European airline, flying in and out of Dubai from DWC. I love Wizz Air because you can certainly find some bargain prices for flights to Dubai.  I have a post here.  Emirates, FlyDubai and Qatar  also  fly from DWC and mostly on short and medium haul destinations. 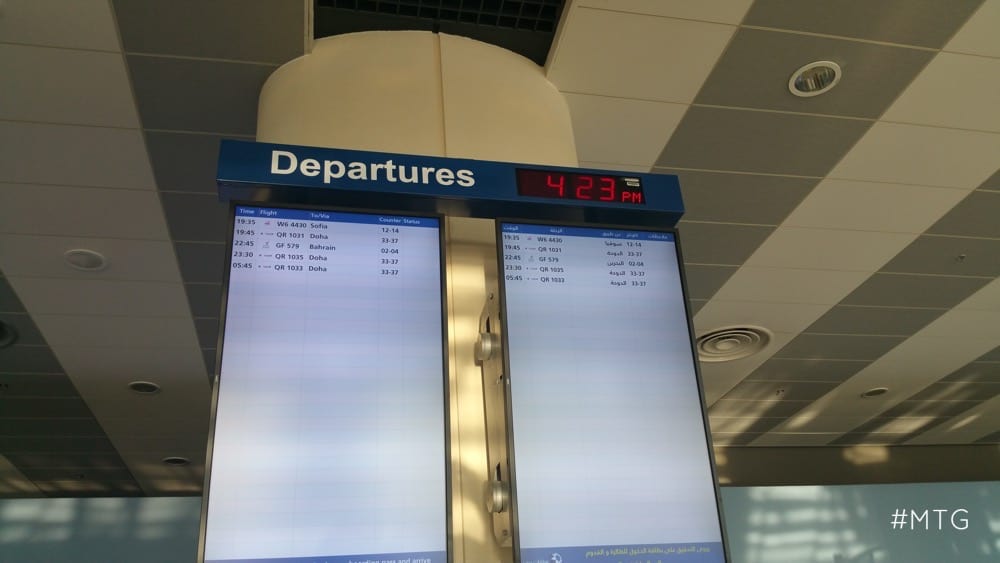 This time around the airport it seemed to be operational and even though it is a small airport it is very pleasant. No queues for passport control or security checks.

On our way out of Dubai I had to catch a flight to Doha and my mum and aunt a flight to Sofia with Wizz Air. Considering that they don’t speak English I didn’t want to leave them alone in case they get lost or confused. Luckily, Qatar Airways had a flight out of DWC to Doha at the exact same time. It worked out perfectly. 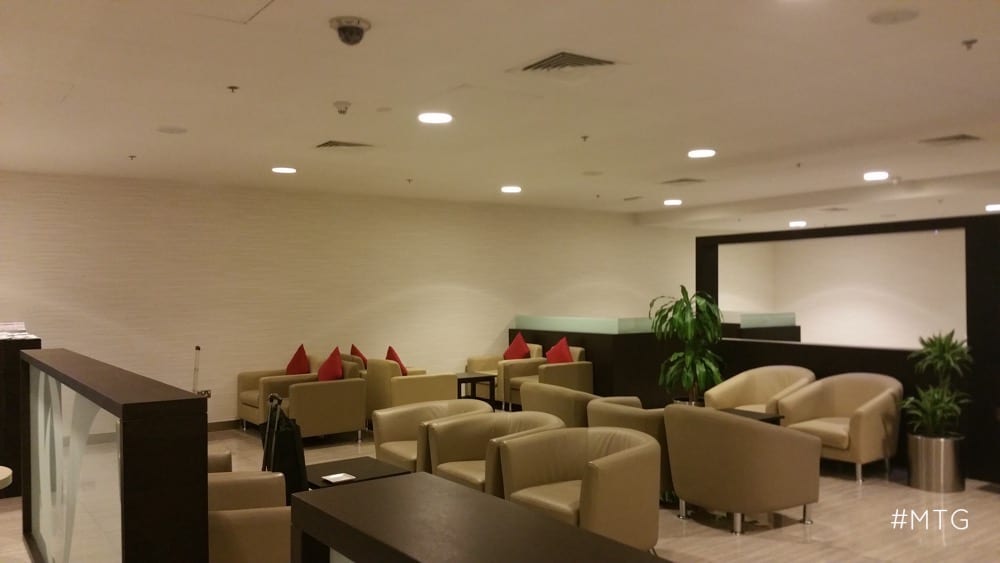 The airport wasn’t busy as there were only two flights leaving at 7:45pm and they were the two flights we were on. Airport parking was almost empty and it kind of looks like a ghost town especially when it’s a little windy and the sand is rolling around. 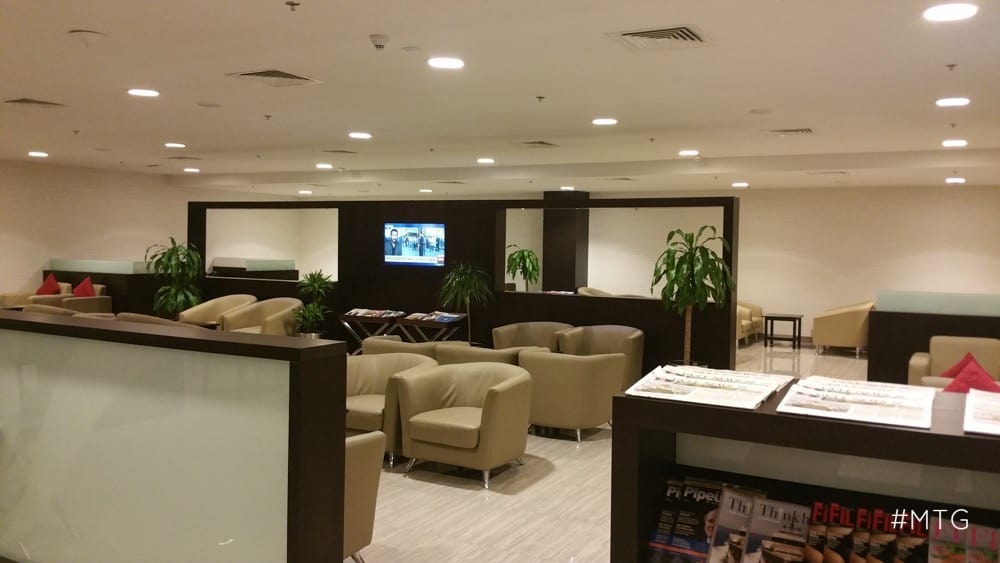 Check-in was fast and they actually managed to transfer my luggage to my KLM flight, albeit not without incidents  in Doha, but it was sorted promptly and I was happy I didn’t have to leave the airport. At check in they also gave me a voucher for the lounge which I initially rejected but then I thought it makes for the perfect review. 🙂 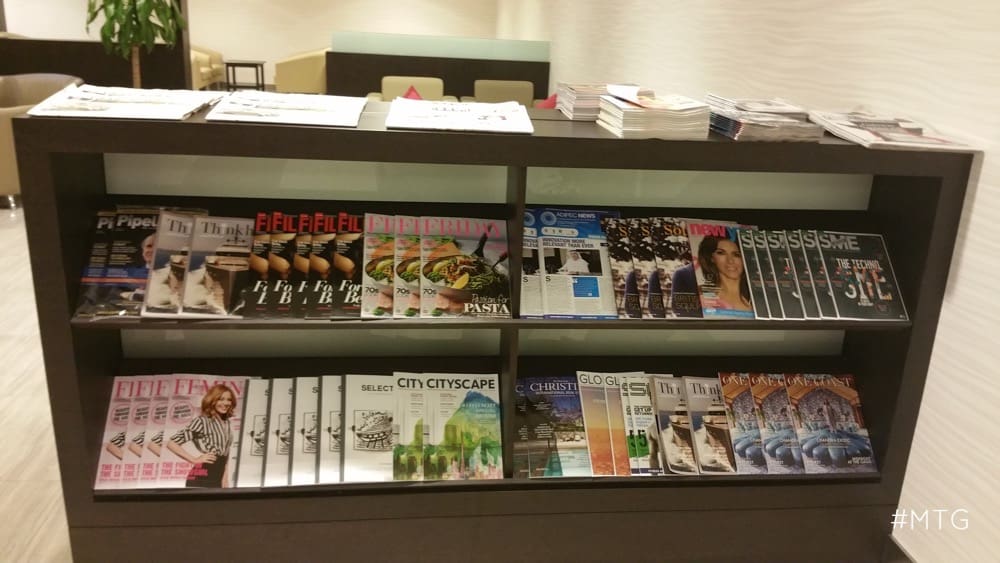 After security there is only one main hall with the gates. In the middle there is a duty-free and upstairs there is McDonald’s and a few other restaurants and the Marhaba lounge.

The lounge accepts Elites as well as PriorityPass holders. I went into the lounge just to check it out for a review and I didn’t actually spend more than 10 minutes inside. 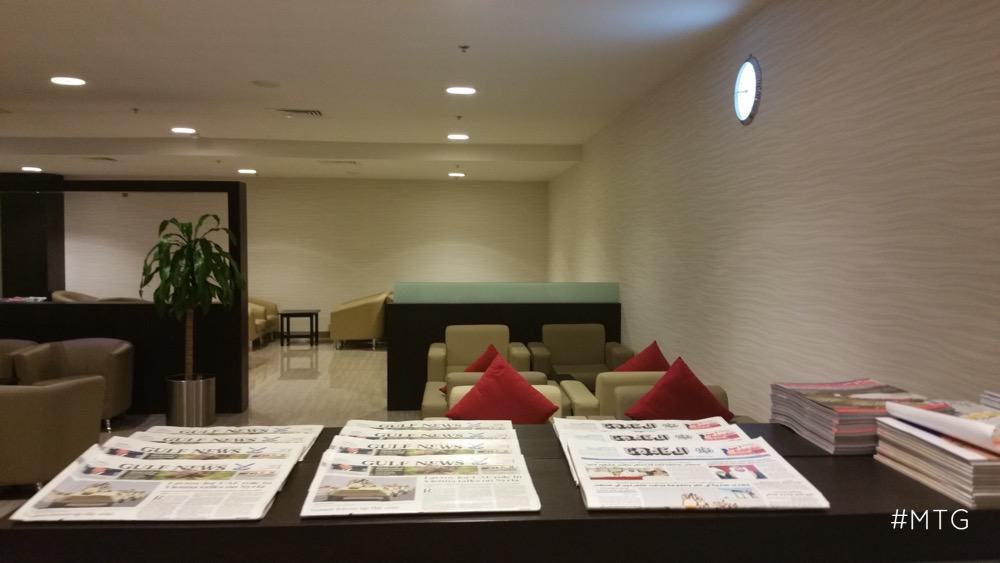 It is a very small lounge and it was empty. Not surprising considering there are only two flights and handful of people. There were sandwiches, which were stale and of course drinks.  One thing that was not missing from this lounge was reading material since they had so many copies of pretty much everything.

Not a bad lounge if you are getting it for free and you don’t want to spend your time waiting by the gate.

The worst passengers to travel with! Are you guilty?
Next Post: Hotels Sales and Promotions Overview

"Traveling - it leaves you speechless, then turns you into a storyteller. - Ibn Battuta" END_OF_DOCUMENT_TOKEN_TO_BE_REPLACED