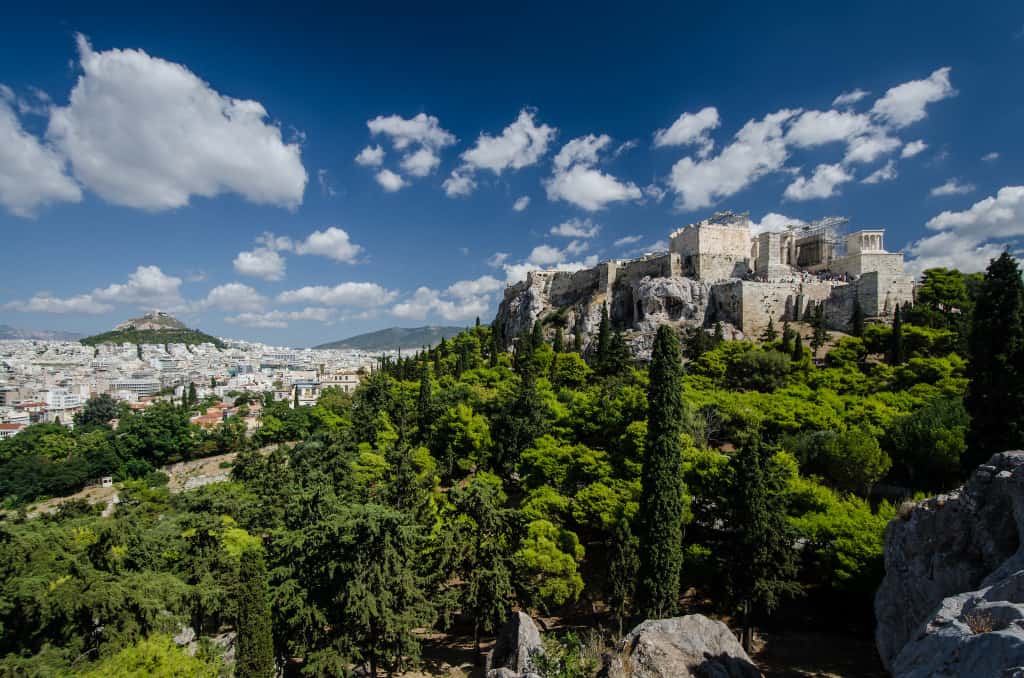 Athens in Greece is a city praised by many over the centuries. A beautiful place that every Muslim traveller should visit at least once in their lifetime. Athens is very close to my heart since I consider it my home as it is where I grew up.

It has everything you might want to see and experience. From the history of ancient civilisations to the beautiful sea all the way up to the picturesque mountains. This city will not disappoint you.

I know many Muslims are reserved to visiting Greece due to the crisis and the immigration concerns, however you shouldn’t. It is as beautiful of a country as it will ever be. People are welcoming and friendly, even for those who wear the hijab and needless to say the food is delicious. 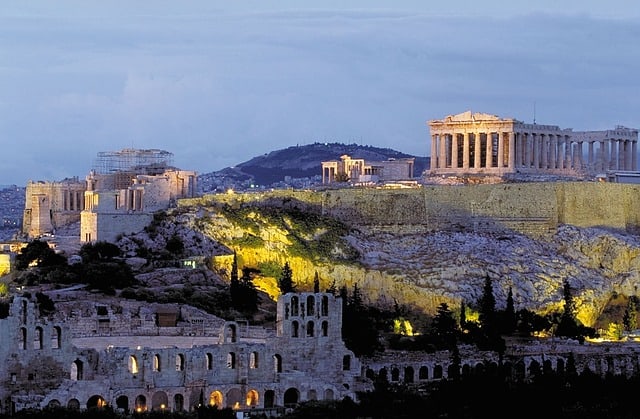 Who doesn’t know the Acropolis. Every movie and every shot of Athens starts with a scene of Acropolis. The word Acropolis means fortress in the ancient Greek city or it could also mean ‘building heights’ that are in place; like on top of the hill or the highest city. The hill is steep but the view from the top will reward you multifold.

Spend a day exploring Monastiraki and Acropolis, walk around the area and enjoy a coffee in a local coffee shop. You won’t be disappointed.

I am not a very big fan of museums, however I love national museums. They give you a glimpse of the country’s history in a fascinating way. So if you are in Athens then you must visit the national archeological museum. It is one of the best museums in the world with artefacts from the neolithic age as well. 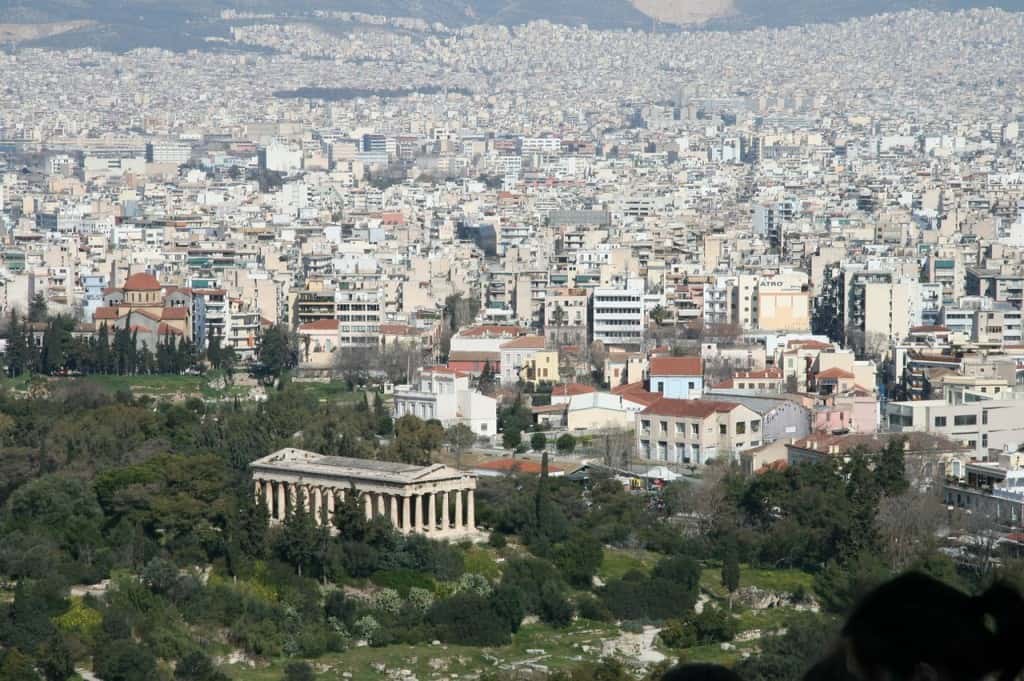 Located to the northwest of the Acropolis, the ancient Agora of Athens was once a marketplace and civic center. This is where democracy was born, quite literally since you can trace it’s beginning to this spot. It was a place  where Greeks met and talked about politics, business, philosophy and everything else affecting their lives. In one word it was the heart of the city.

Definitely visit while in Athens. You can have lunch in one of the many tavernas around the Agora area. 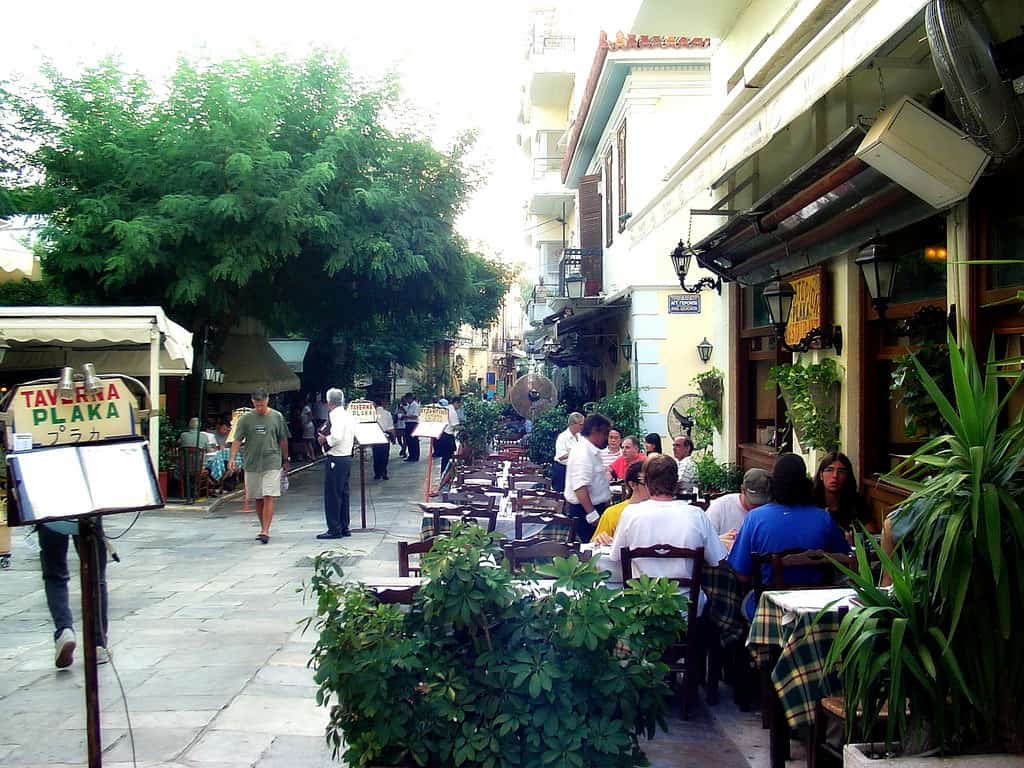 Plaka is one of the most popular tourist attractions in Athens. It starts just under the Acropolis and spreads out to  Syntagma where the parliament is located today. Called many times in the Greek literature as the neighbourhood of Gods.

The area is packed during the weekend with Greek as well as tourists exploring the area; it is almost like an island village within the city. Perfect to explore and experience some Greek culture. It is an area known for tourist shops, boutiques, food and cafes. Near Monastiraki you can also see an old mosque which has been converted into a museum. It was built during the ottoman empire. 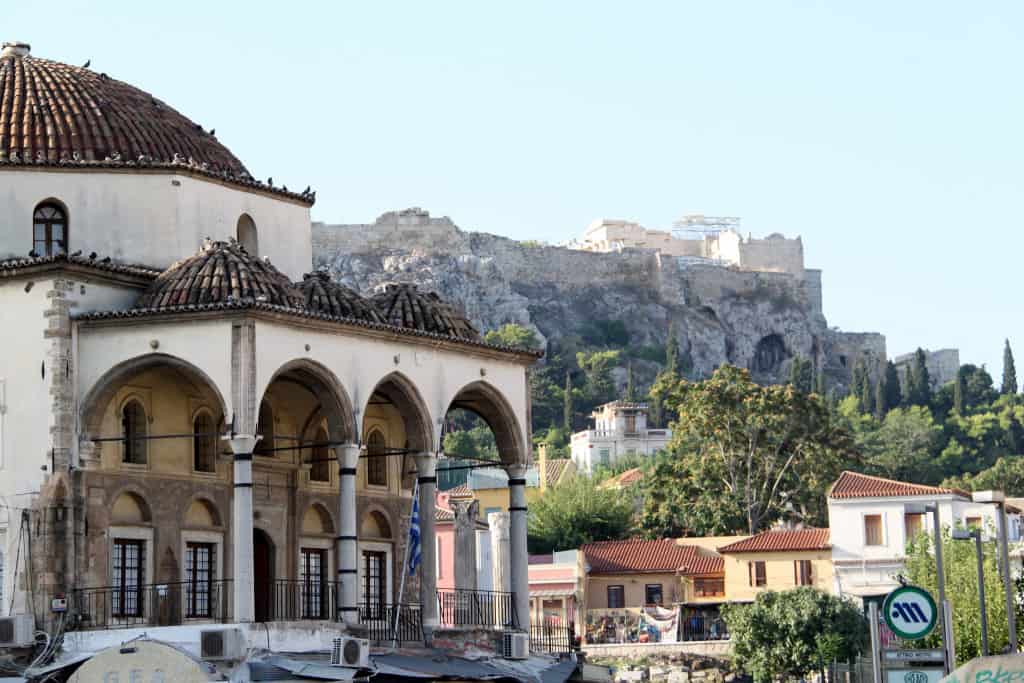 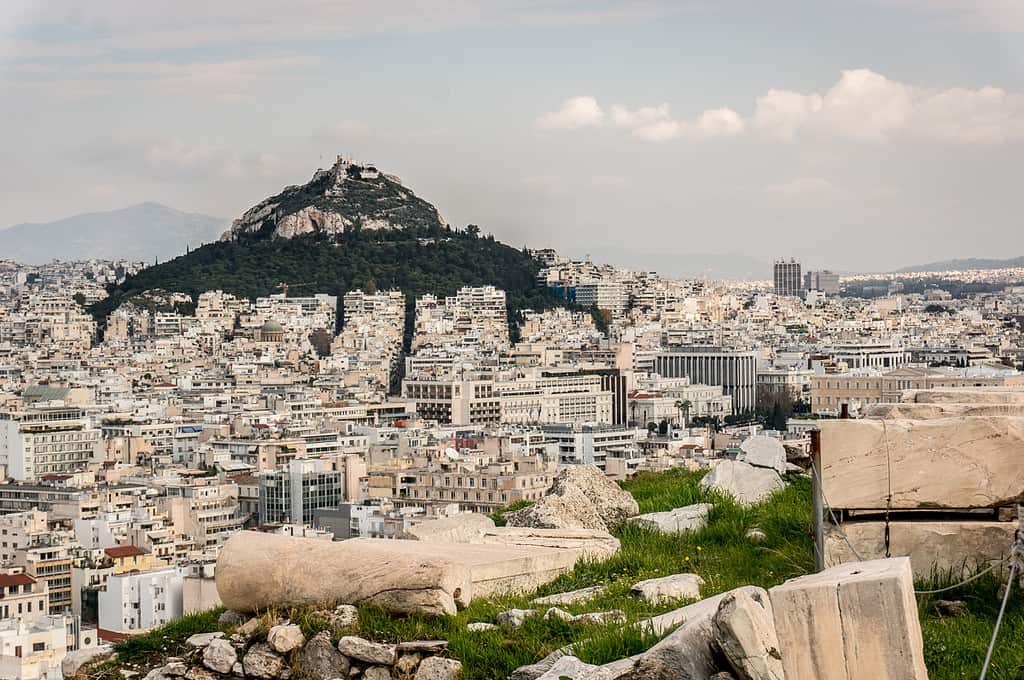 I do not remember how many times I have been to Mount Lycabettus. It is by far one of the best ways to spend a day in the city, as the highest point in Athens (295m), you can see the whole city from Piraeus port to Acropolis all the way to the mountains.  At the top of the mount you will be greeted by the chapel of St George as well as a small cafe where you can relax and enjoy a drink or even dinner. I know sitting there and enjoying the views is a fond memory.

If you are not very keen on climbing then you can take the funicular all the way up to the top. It is a great fun as well though I think I still prefer the more tiring yet rewarding option of walking all the way up. 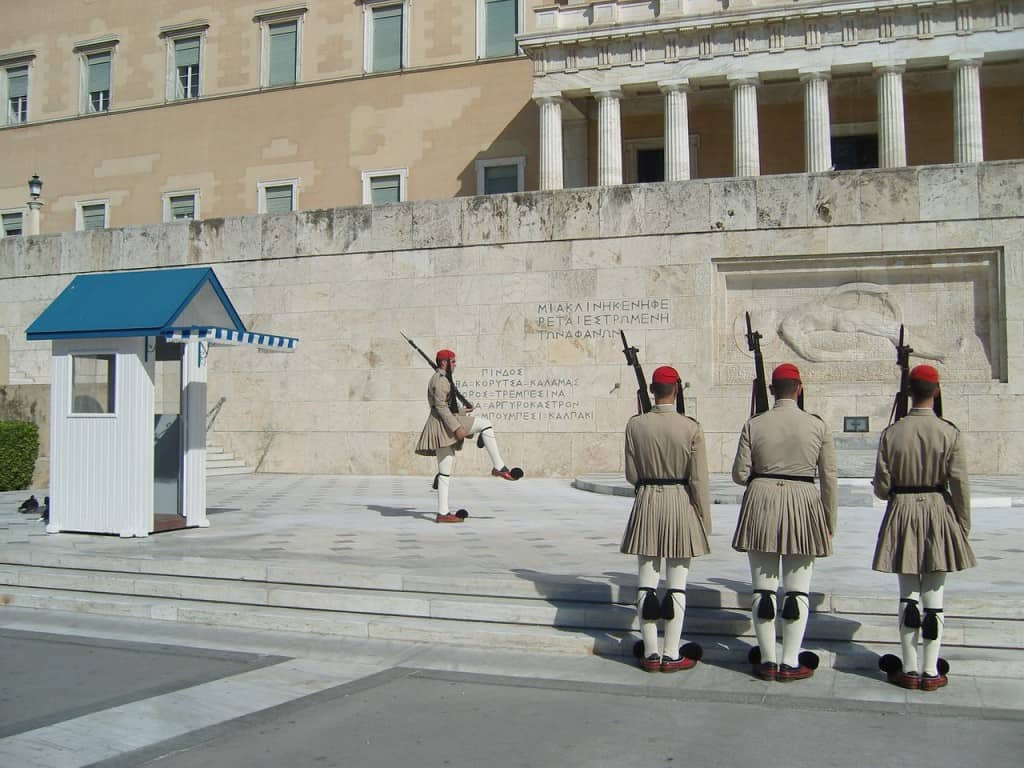 The guards outside the parliament 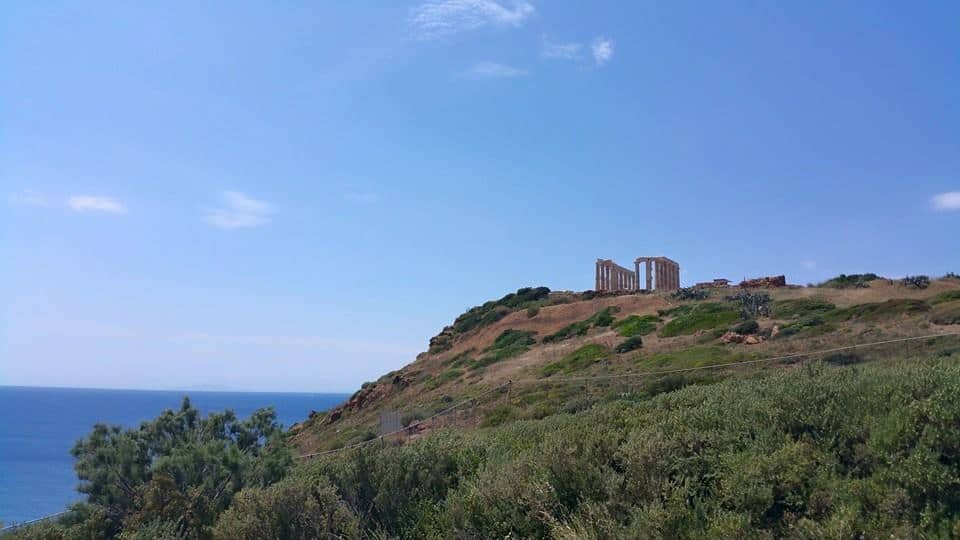 If you have more time to explore the city I would recommend visiting Sounio which is  about 1 hour on a coach from the city centre with buses leaving every hour or so and costing 10 euros. Sounio is a very popular tourist attraction and perfect for a day excursion. The Temple of Poseidon is located in Cape Sounio, an ancient Greek template of the God of sea from the classical mythology.

The view from the hills are beautiful and especially at sunset with the ruins in the background and the sunset over the Aegean sea. I highly recommended making a stop there just because it is a great historical and beautiful site.

Tip: Travelling in Athens is very easy, you can use the metro and tram to explore the majority of the tourist attractions. From the airport the blue line will take you straight into Monastiraki and Syntagma and takes about an hour. It is a much cheaper option than taking a taxi.

Halal Food: One of my favourite halal restaurants in Athens is Aladdin, but you will also find many others They might not advertise it openly but usually asking in the mosque will be a good option.

Prayer facilities: Athens doesn’t have an official mosque, however it does have a large Greek Muslim and immigrant population and there are several ‘non-official’ mosques. Some of the largest ones is Al Salam Mosque in Athens and there is a prayer hall in Athinais Cultural Centre.

P.S. this article has made me homesick so I think I will be booking a ticket to visit soon. 🙂