Today’s guest post is from Farzana at reclaimingheart.com. She has shared her beautiful experience and things to do in Cappadocia which is on my bucket list. These photos alone can make you book your Cappadocia adventure now. 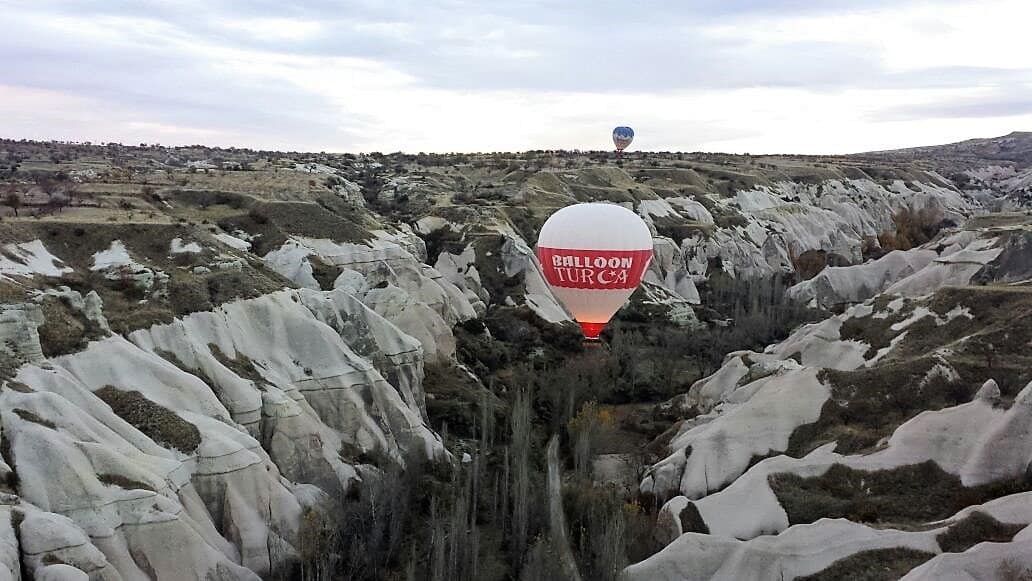 When we planned to visit Cappadocia, we hardly knew such a place existed on Earth. We had a few days to spend along with our Istanbul trip and Cappadocia fitted right in. But as soon as we started reading and planning on Cappadocia, the excitement started growing and we were so surprised we hadn’t known about it before. And after visiting, we still spend hours recalling the fond memories of that incredible trip.

Cappadocia is a very ancient inhabited region in Central Anatolia in Turkey. We took a flight from Istanbul Ataturk airport to Nevsehir airport in Cappadocia (Turkish Airlines domestic flights are so cheap and famous for their great hospitality) which took about 2 hours. But believe me, the moment we reached Cappadocia we felt like in a different planet, to say the least.

And so here is why you should visit Cappadocia if you love travelling. Well, who doesn’t? 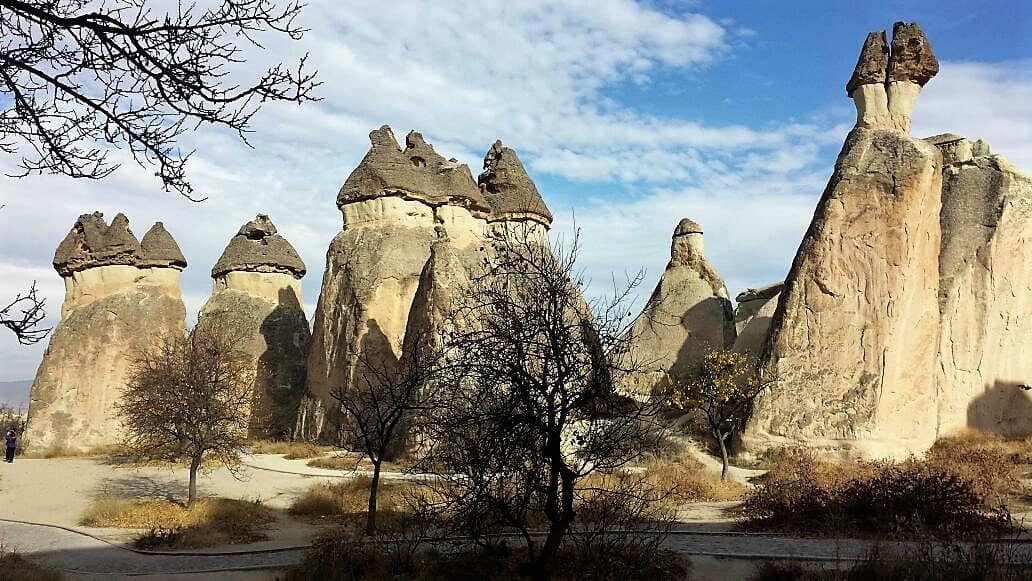 Cappadocia is the land of the weirdly beautiful landscape that leave you in awe at the very first sight of it. The whole area is covered with unique rock formations and caves carved out of them inhabited or non-inhabited. The valleys of Cappadocia have mushroom-shaped rocks and the place is famous for these fairy chimneys as they are called. 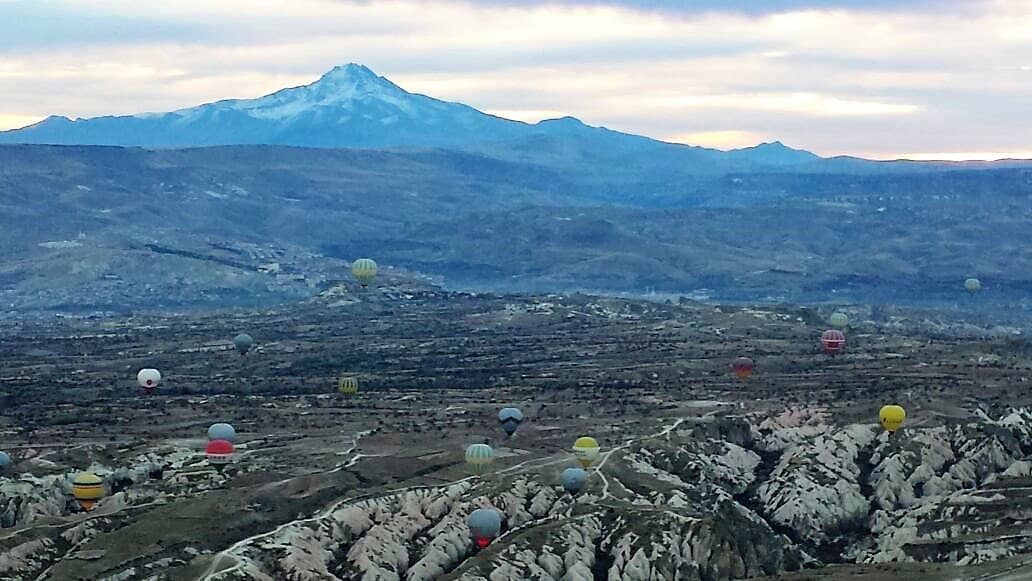 This is the best thing that happened in our Cappadocia trip. There are many places that offer hot air balloon ride around the world, but a ride over the picturesque Cappadocia terrain tops the list. It is the best way to experience the marvellous landscape and a great adventure everyone should do at least once in a lifetime. And the sight of hundreds of balloons in the air along with yours on that beautiful backdrop is a never miss a sight by itself. 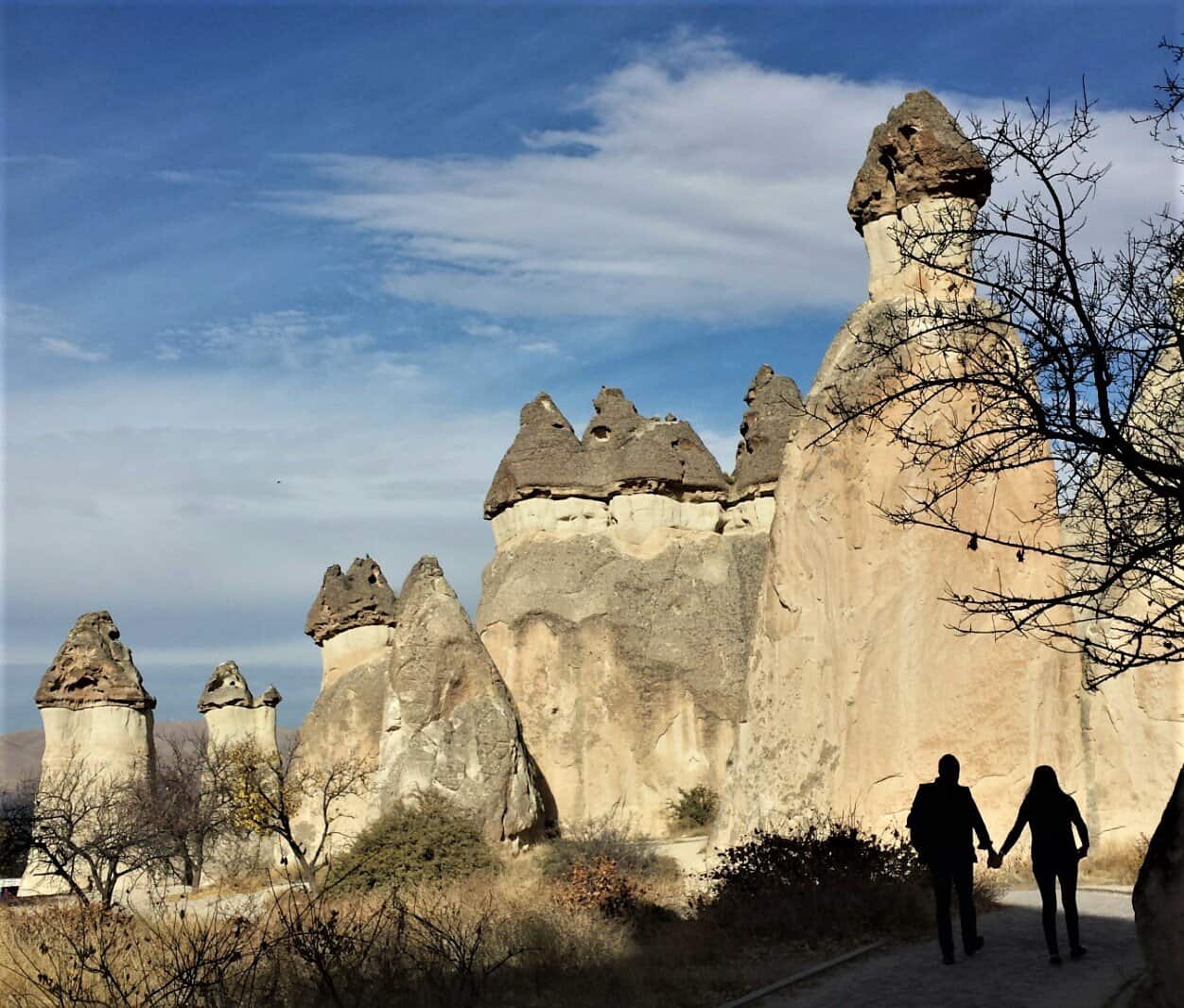 If you are a travel buff and you are on a quest to strike off a UNESCO heritage site, this is a place you shouldn’t miss at all. And even if you have no such plans, Cappadocia will urge you to start one such expedition after this visit. The Goreme open Museum gives a good view of the heritage Cappadocia holds, where you can take a stroll enjoying the landscape and ancient culture with its cave built churches, chapels, wall paintings and other settlements of people lived long before.

#4 Staying in a Cave Hotel 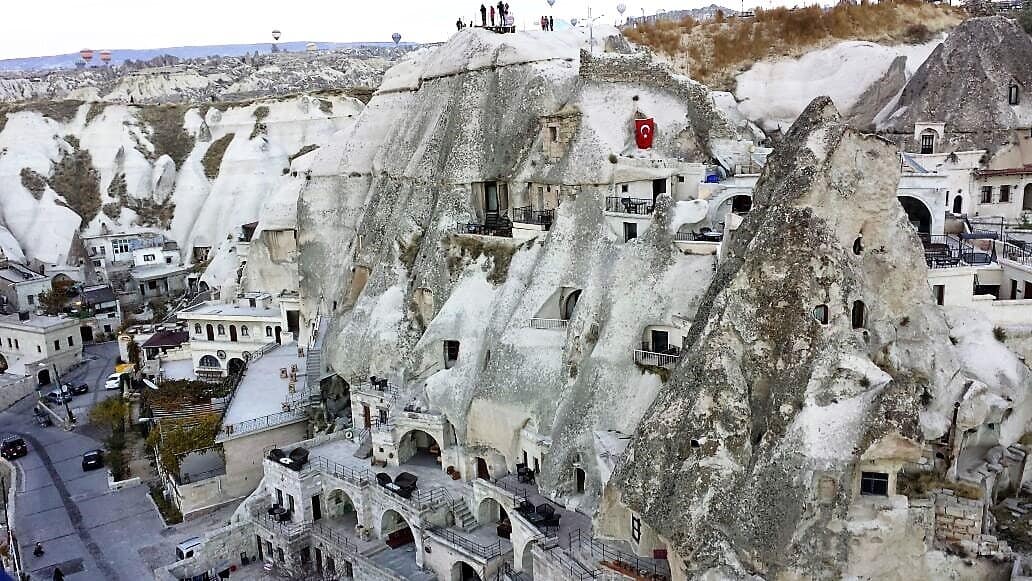 This is a million-dollar experience of our lifetime. Do you know that the people of Cappadocia had used to live in the carved out caves of the special rock formations till 1980’s (they are porous rocks and hence so they could carve out rooms of it)?  But after UNESCO announced it as a heritage site, these caves were not allowed for personal settlements and no new works were allowed. And so, these caves got converted into cave hotels to be protected thus. And don’t get intimidated by the name because these cave hotels are accompanied with modern options including free Wi-Fi, modern bathroom and Turkish hammams (or bath) yet the entire feel is of living in a cave. Many of the cave hotels are run by the family who resided there and hence the hospitality is simply outstanding. We personally highly recommend Kelebek Hotels, where we stayed and they were so helpful for all the plans we did at Cappadocia. 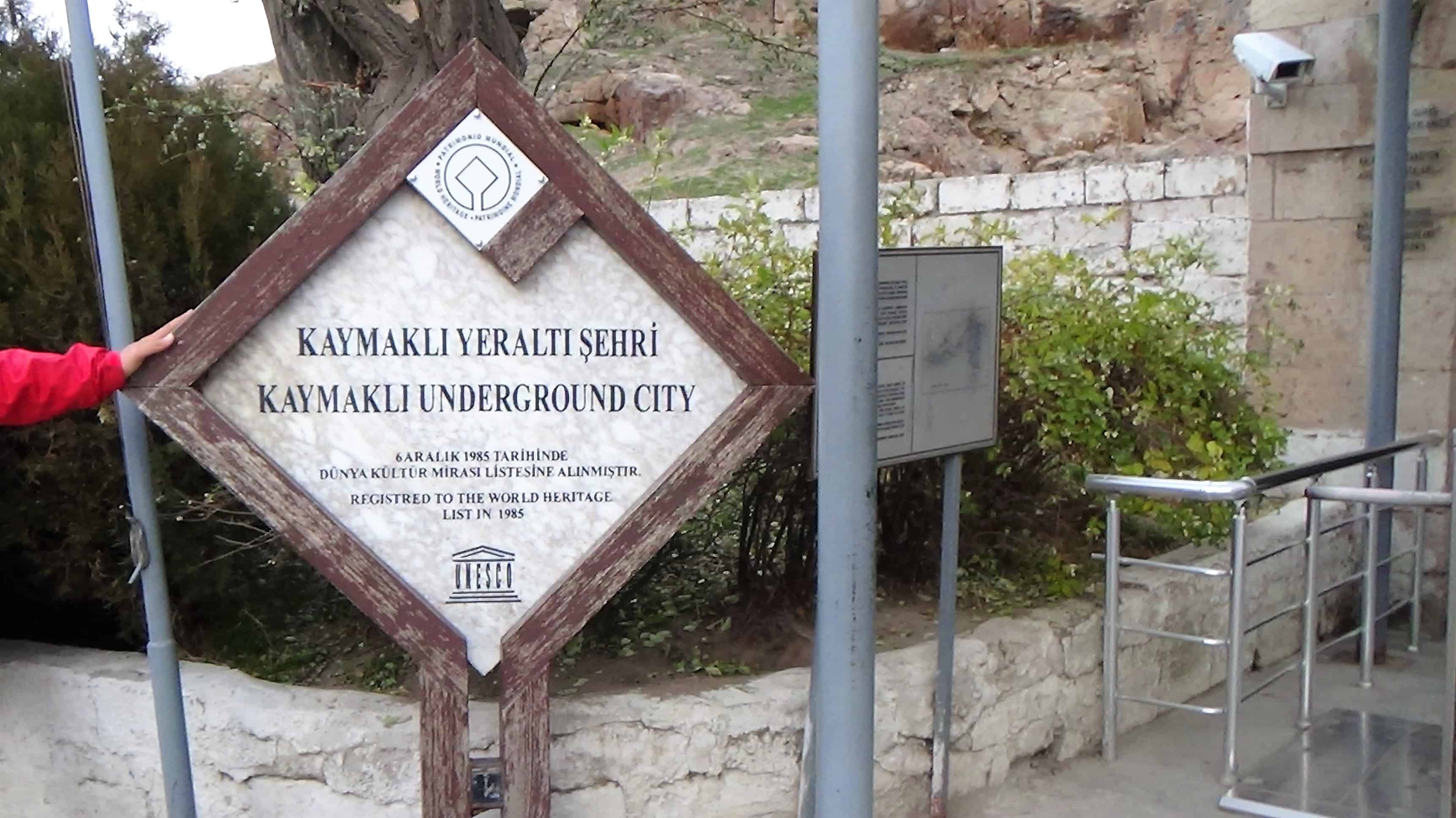 This is yet another treasure waiting for you in Cappadocia. There are many underground cities around Cappadocia but very few are open to visitors. These cities were used as bunk hides by Christians from the Roman soldiers. They are the man built structures below ground with many floors down that could even accommodate about thousands of people at a time and provided all the things in their life including kitchen, bathrooms, repositories, prayer halls and so on. The tours inside these cities are guided ones and so we get a good understanding of everything inside. 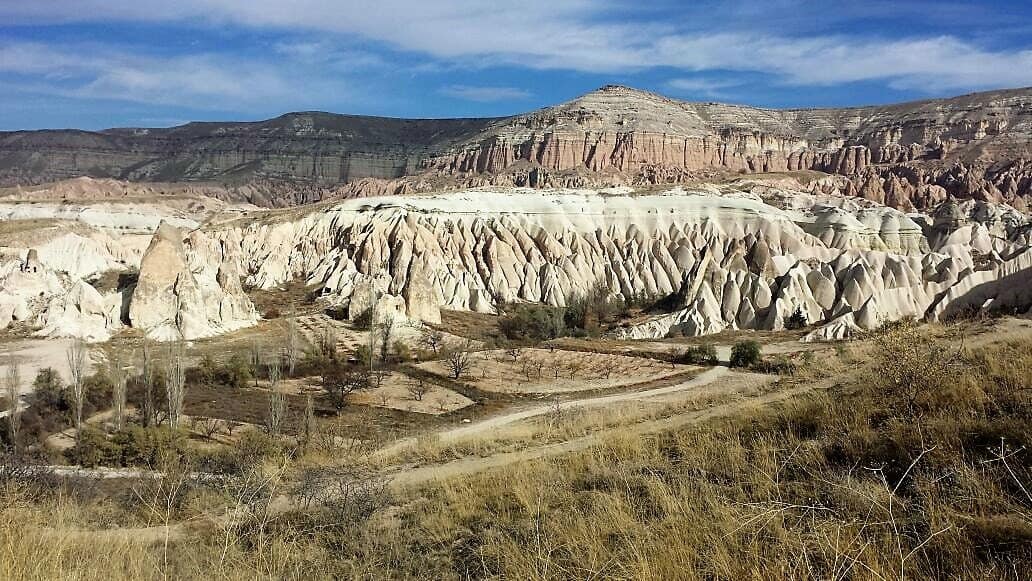 Hiking tours are also unique for Cappadocia from the rest of hiking places around the world. We could witness some of the most amazing sites during these hikes like the red valley and pink valley which means that we can see these valleys color coded due to the specific mineral contents of each of them. Besides the stroll through fairy chimney places like Pasabag or Monks Valley blessed us with some photographic moments.

The Anatolian cuisine or the Turkish cuisine, in general, is the best highlight of any Turkish trip you plan. We had a whole list of foods to try along with itinerary when we went and completing and striking off that list was as fun as the trip. And in Cappadocia, you get the best of the Turkish cuisine experience with the traditional way of cooking, and heirloom recipes and along with the very fancy way of serving in the hotels. This is a place where you can devour heavenly foods in a very peaceful ambience. Pottery Kebab is the very special dish of Cappadocia, where meat is simmered with vegetables in clay pots for hours in a clay oven and served with bread by breaking the pot just before your eyes. Out of the world, I must say.

Do I need to tell you more?

Farzana Rijas is a Homoeopathic physician by profession currently pursuing her passion for writing. She blogs at www.reclaimingheart.com about her reflections on life, Islam, health, travel along with some recipes to treasure and book reviews and more. Follow her adventures on Instagram here.

American Express Gold Card: Why I still believe it is the best card for Muslims who want to travel

The Best Practical Tips You will Need When Travelling for Umrah or Hajj with Kids!