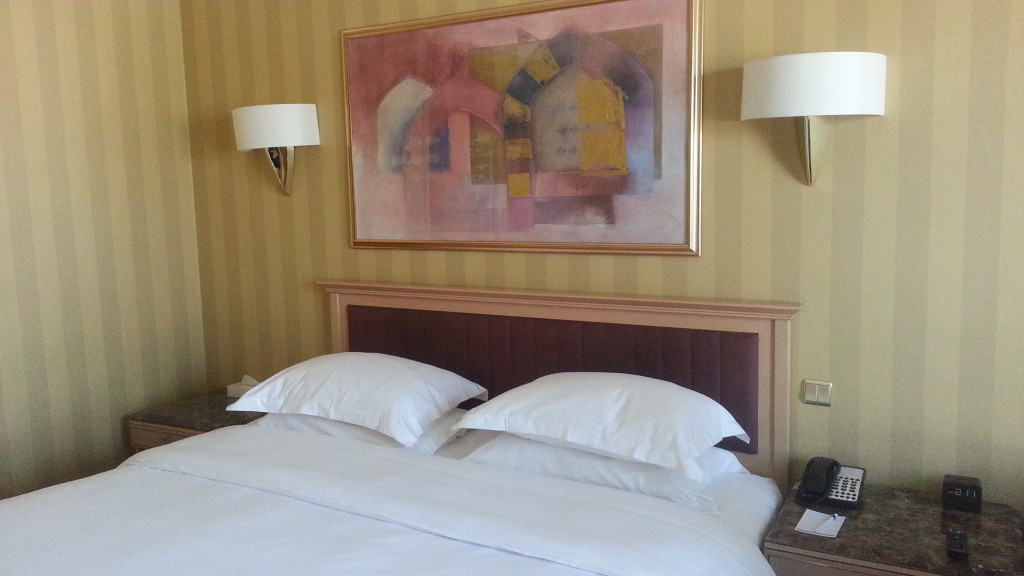 It started with a flurry of excitement on my part of finding availability for the last 10 nights of Ramadan in the Hilton Makkah. Seriously as a Muslim this is the best time to visit the city as the last 10 nights are the most special.

Rooms can go for about £1,100 per night, the hotel is close to the mosque, has good views and more importantly had breakfast and lounge included; or so I thought…

As my standard practice I usually l confirm all my Hilton Diamond perks closer to the date of my travel, as I was sure that they will provide them. Few days after my reservation Hilton sent me an email saying that my booking is non-refundable and they are looking forward to welcoming me to the hotel.

Seriously though Hilton Makkah has some of the most non-welcome emails ever, last time they sent me an email saying I need to be Muslim to visit the hotel this time they remind me it’s non-refundable booking. I did read the instructions before booking.

I would much rather they send me an email saying thanks for booking and by the way your reservation is non-refundable. Rather than the opposite.

This gave me a chance to ask about my Diamond benefits such as breakfast, lounge, and Haram view.

Now, most of the hotels during Ramadan in Makkah will swap the breakfast option for suhoor or iftar.

For those who don’t know Muslims fast from dawn to sunset without eating or drinking. The morning “breakfast” which we eat is called suhoor and is eaten about an hour before sunset. Basically, in my vocab, it is an early breakfast, but many Muslims eat super heavy during that time so they are not hungry during the day.

Iftar is the meal we eat when we open our fast which I call dinner. 😉 That can, of course, be also super heavy but personally, I eat light because otherwise there is no way I can pray.

This question turned into a whole saga of bad customer service and a customer (me) who was not happy with the excuses and principles of the whole thing.

So as a Diamond or Gold during Ramadan, you will not receive the breakfast for free, but rather you will pay a “nominal fee” of $40 per person per day to have the said options. Because the hotel doesn’t offer other options.

I emailed back and pointed that suhoor is essentially breakfast and that it should be provided free of charge as this is the holy month of Ramadan and we don’t eat at 6 am. (rather around 4.30am).

Also pointed out that pretty much 80% of the hotels in the vicinity offer the option to pick either the early breakfast or dinner for free for loyal guests. Hyatt Makkah did this for us and it was amazing, I also know Hilton Suites, Marriott, and several others do too.

Well, they decided to argue over this and said it’s not the case and that they care truly for their customer but due to the volume of food they are charging for the selection.

Note the price of the breakfast kept dropping.

First of all, a small percentage of guests during Ramadan are Hilton Honors guests let alone Gold or Diamond.  Even as Gold during my Umrah in 2015 I received FREE buffet breakfast in the same hotel.

Second, after 10 emails, they kept repeating the same thing and I just got tired, plus the price of the breakfast was changing as well. The principle for me is that I spent the whole month of January in Hilton Hotels so I can keep my status and get those perks. Even if I paid the £1,000 per night fee and I still wouldn’t have the breakfast included. Which is nonsense!

I had sensed the Hilton Makkah’s arrogance when I was there during 2015, they are one of the longest established hotels in the area literally steps from the Haram mosque.

What I was annoyed with even more was the fact that they kept repeating the same thing over and over. The reason I had booked this hotel is for the breakfast and lounge.

I emailed Hilton and asked if they can do this and also if they can request that Hilton Makkah puts a note on their website for other customers to make sure that they know their options. If I had seen such a sign the argument would have ended there, since I was aware of it.

Long story short, Hilton got confused over iftar and suhoor and said the property serves breakfast at 6 am. 🙂 I quit after that!

I gave up and requested Hilton refund me my non-refundable reservation so I can go and make my plans for another hotel in the area which will appreciate me paying the extortionate prices they have.

I plan on keeping my status since now I live in hotels for that reason, I also plan on asking for my perks since I pick brands and stays based on them. I spent a good amount of money on hotels in order to keep them and I’m ok with it.

Like anyone else I will ask for the benefits before booking or I will email the hotel and ask nicely if they accept cool if not OK.

I didn’t make a fuss when they told me they can’t guarantee Haram view since it’s based on availability neither was I bothered about the lounge. What really got me was the arrogance of their tone. Maybe it has to do with a few negative reviews I had received from readers recently or the fact that they just feel they can charge anything.

Many of my non-Muslim readers may not know why it ticked me off or what exactly I mean, but let’s say you pay high-end five-star prices and the service you receive is about three star at best.

I am super happy that there are about 6+ new hotels coming up in the area because the old kids on the block definitely need some competition and better customer service.

The Best Hotels to Book In Makkah for Your Next Umrah

Which are the new hotels coming to Makkah soon?