First thing to remember, you are not a superhuman!

I travel more than an average person and one thing I never expected is to be hospitalised abroad. Well, that was needed too. If you follow me on social media you know that I had “the best trip” ever in Dubai last month.

October was a very busy month for me since I was speaking at several conferences in Dubai and Malaysia. I was so excited about all of them and I was totally grateful for the opportunity. I am the type of person that when I say yes, which is more often than not, I will finish the task even if I have to “die” in the process. Oh, and I am stubborn, my husband can definitely agree on that.

After my arrival to Dubai, I started feeling ill. I thought it was a cold since my body doesn’t like the change from hot & cold. I also thought it was stress and that I will be fine. I can’t believe that for 4 days I was with 39C fever, hadn’t eaten for 3 days and I was shivering at 35 C degrees in the Dubai heat and I didn’t go to a hospital. I even asked the taxi drivers to turn off the air-con in the car. Needless to say, I didn’t have energy for anything; I put a brave face and enjoyed every single moment of everything I had to do.

I really thought it was a flu, virus or stress. However, after my speech at the Global Islamic Economy Summit, I called it quits and decided to listen to my husband who wanted to take me to see the Doctor. So glad we did, because after arriving at the hospital I was diagnosed with a severe blood infection. Not fun stuff for sure.

Since in Dubai, the way we chose the hospital was through a google search. We opted for the Saudi German Hospital which was close to our hotel and had decent reviews. The hotel emergency room was great. I mean it’s a private hospital what do you expect. They did tests straight away and even run mine twice since the doctor wanted to make sure it was what he was seeing. He came two hours later telling me he is going to admit me into the hospital.

Long story short I ended up in my own private room, more like a four-star hotel on drips and with a fever that was as stubborn as me since for 5 days it didn’t want to let go. 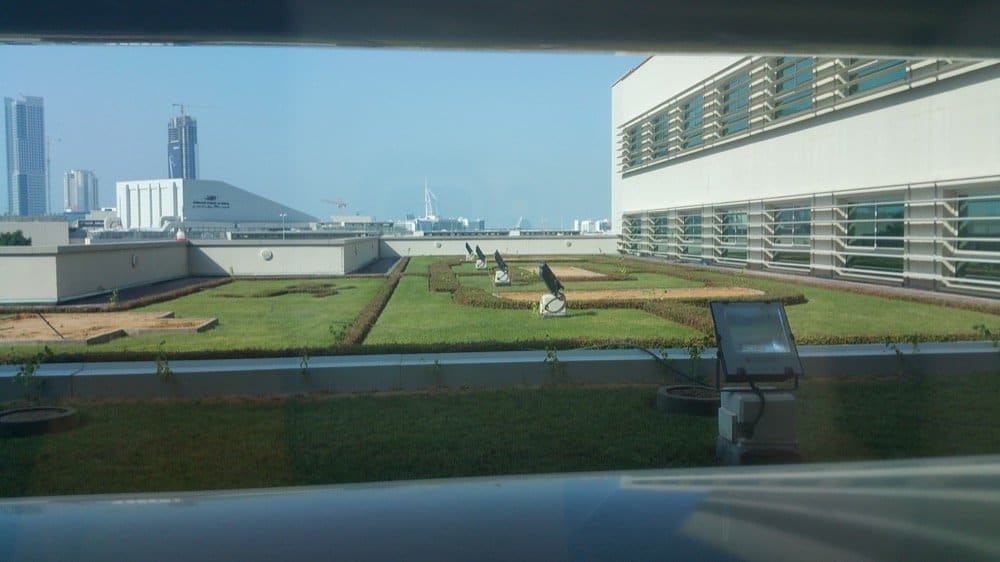 I was totally gutted because the doctors were great but they advised you better stay here and not travel onwards for your trip to Malaysia because it can get worse. Every time I was drugged up I was full of energy and wanted to leave secretly and go, and then when the drugs wore off I was not in the mood. My husband says it was a funny thing to watch. I hated the fact I had to cancel and let the organisation down since this was arranged more than 8 months ago. Laying in my hospital I realised that I should start paying more attention to my health and self because our body is a trust from God and we should look after it.

After admission, I had the realisation I should call the insurance company to ask about the process of emergency treatment. I had never claimed before and didn’t even know how to go about it. Imagine, I was thinking of cancelling that insurance. Good job I didn’t.

The staff and doctors at the hospital were amazing. Friendly, efficient and always on call. It was my first time in a private hospital and I have to say I did enjoy that part especially after a rally of calling and making sure I didn’t have to pay for the treatment and it was covered by my insurance.

The majority of the nurses were from the Philipines but they were so light handed when it came to taking blood. I had a cleaning service twice a day, food delivered three times a day and your dedicated nurse which I liked since you get to know them. One thing I noticed while in the hospital and walking around ( doctors’ orders) was that the majority of Emiratis and Europeans had their own rooms where others would share a room. I really thought I was the only person in hospital but obviously walking around I realised I wasn’t. It’s  amazing how you can start living in your own bubble sometimes. I also had a small look of the Burj Khalifa, although I would much rather be on the beach somewhere than in hospital.

The only negative thing I have to say is the wifi, which logs you out every 30 minutes and trust me it’s not fun when you have to call and wait in line.

After 5 days my fever was stable enough to let me go and I am so glad they did because no matter how much I enjoyed my stay I wanted out of there. I am not a fan of hospitals.

Here are the few things I would recommend if you ever find yourself in the same position.

Funnily after we were discharged I went into the taxi and asked the driver to turn on the AC because it was so warm. My husband just smiled and said I see you are feeling better 🙂

Travel Tip: Be Careful when renting a car with a high excess insurance

Driving in the United Arab Emirates, It’s Not as Scary As You Think

My Favourite Airline and it’s not Emirates for once