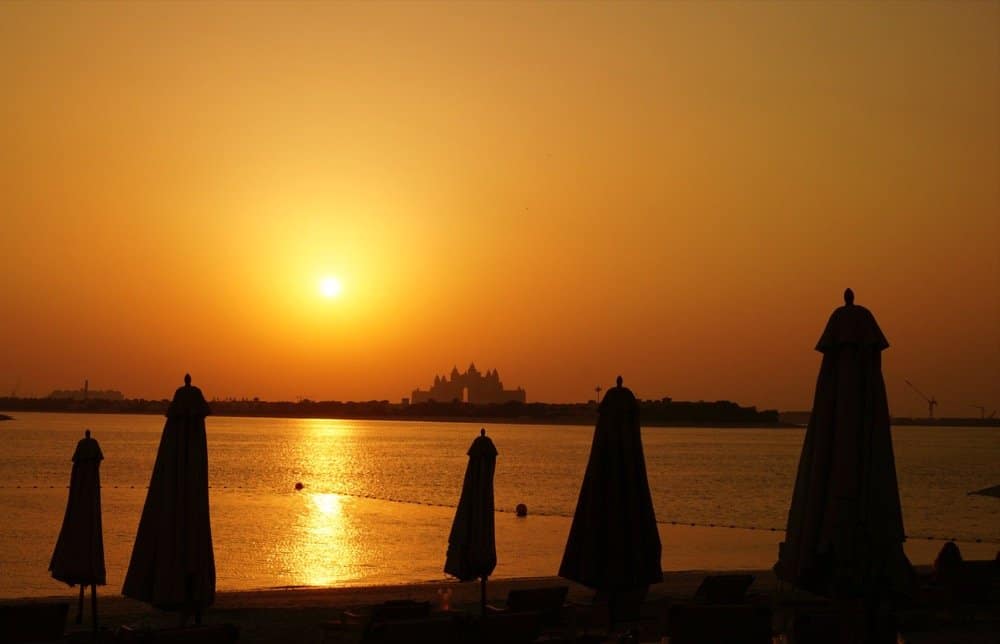 Well, this is one experience I never expected to have in Dubai. Getting served alcohol in the lounge of a five-star resort.

So after my eventful hospital visit, I was in definite need of R&R and I really wanted to go to my wonderful Waldorf Astoria. The insurance people wanted to put us in a “five-star” hotel which was definitely not of any such standard and the thought of being stuck in a hotel for who knows how many days until departing for home was definitely not appealing. I needed to see the sea, relax and enjoy some of that Dubai sun.

I won’t review the property again since I have reviewed it twice in the last few years but I was saddened and disappointed to see the standard falling a little. That was even before my lounge incident. As a Diamond member lounge access should be included, however the Waldorf doesn’t offer lounge access which is, I guess, OK. I was happy to upgrade considering I wasn’t planning on going out much.

The first night was good, we did have fun, had some of my favourite virgin mojitos in the lounge and enjoyed the skyline.

On the second night, though, I went to the bar to check out what other non-alcoholic cocktails they had. The waiter was the same from the previous night and he was a Muslim too. He asked if I wanted the usual and I said yes. Plus I asked the barman if they do any other non-alcoholic cocktails he handed the menu and I opted for the Cosmopolitan. I specifically said I have never had a non-alcoholic cosmopolitan it will be interesting to taste it! Before I left I also asked if they have non-alcoholic beers ( which is very common in Dubai). He said no. I didn’t think any of it, I was looking forward to my drinks and another relaxing evening.

The drinks arrived and I had a sip of my drink, which definitely tasted not so cool. See I haven’t had alcohol since I became Muslim. But I do know how it tastes, I just thought it was the taste of cosmopolitan slightly different. After a couple of sips, I definitely figured this tastes like good old bitter alcohol and I went to the bar to ask.

He did say that my Mojitos and Cosmopolitan all had alcohol in them and that they don’t do them without. Mind you he was the same guy from the previous night. There was no sorry, apology or whatever which annoyed me even more. I don’t think I have ever shouted before but I definitely made sure he knew I was angry. He was way too busy to pay attention when making the drinks  since chatting up and smiling to the girl next to him was more important.

I was angry for a few reasons:

Last, I felt betrayed, a ray of emotions which I didn’t know I had, came to the surface. Nobody ever gave me alcohol, I gave it up for my religion. Even my family respected this, although they had a heard time and I suddenly got served alcohol in a Muslim country.

I think it was a mixture of emotions and I was sensitive after hospital but I have travelled around the world and never had an issue. If I had a few mojitos I would have definitely been drunk including my poor husband. After the initial shock, I did have a laugh at it and I still do, especially since I was wondering if I “miss” alcohol. I guess God has mysterious ways to show me that I made the right decision and I don’t miss it at all.

I spoke to the manager the next day who apologised and wanted to give me an upgrade on my next stay to a suite as compensation.  I turned this down and we settled for 100,000 points and we were both happy.

Will I return to the property again?

This is my third time and I feel that even before the incident the hotel is slipping in terms of customer service. The attention to detail for 80,000 points or £350 a night on average is not there 100%. Our first visit to the hotel was amazing and it is what made me go back every time. But now I feel it’s not worth it, especially when for the price you can find alternative options.  I would personally prefer to check out some other properties on the Palm as well. So maybe for the next few visits to Dubai, I will just to that.

If you are a Muslim , have you ever been served alcohol? How did you react?