I didn’t even know how to use Transferwise or what was the purpose of such an online bank. Like most for the past 15 years, I have had the same bank and card.

This post is not sponsored, but my experience of using Trasferwise for the past six months. I had heard of it from various blogger Facebook groups and how they pay into the account of use abroad, but I had never actually used it. However, I loved the app and ease of it while in Greece for six weeks.

The links are my affiliate links, and If you use them, you can transfer up to 500 euros without paying a fee.

I will continue to use Transferwise for as long as it’s good for me and I think you should check it out if you want to avoid paying fees when travelling.

I had heard of Transferwise and Revolut while on Facebook travel groups for people recommending them while travelling. Both are pretty much the same, and I do have accounts with both. However, I once locked myself out of Revolut when I changed phones and couldn’t even find a contact number to call them. So our relationship soured rather quickly.

Majority of bloggers (hence the FB group) recommended TW as a company to receive money and use while travelling. I reluctantly signed up not knowing what to expect but wanting to save on the hefty PayPal fees when receiving some affiliate income.

So far, after six months of using the card for receiving payments without a problem, I was happy to try it while abroad.

I also like the fact that for those Muslim traveler who do not want to use or don’t have credit cards this offers is a good alternative than debit cards. 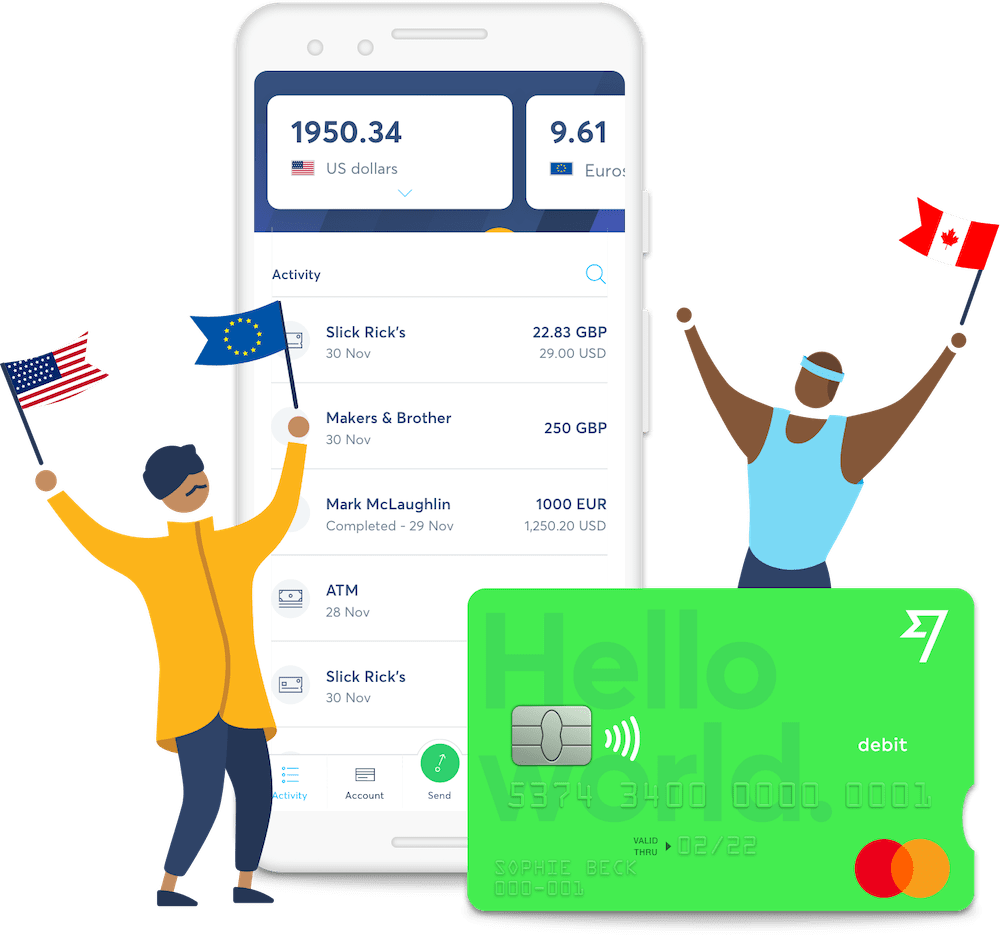 Here are my reasons and experiences of why I like Transferwise

You only get charged an exchange rate fee (0.35%-3%) rather than per transaction fee so you know that once you have transferred your money from GBP to Euros, you can spend it.

I usually use my Amex abroad as I earn double points, but I also get charged 3% commission which is not a wise choice, especially on large amounts. My Lloyds which I usually bank with also charges some silly fees, and I try to avoid making them richer too.

Transferwise offers very close to FX and Google rate, with only a small commission for the actual exchange and not every transaction. 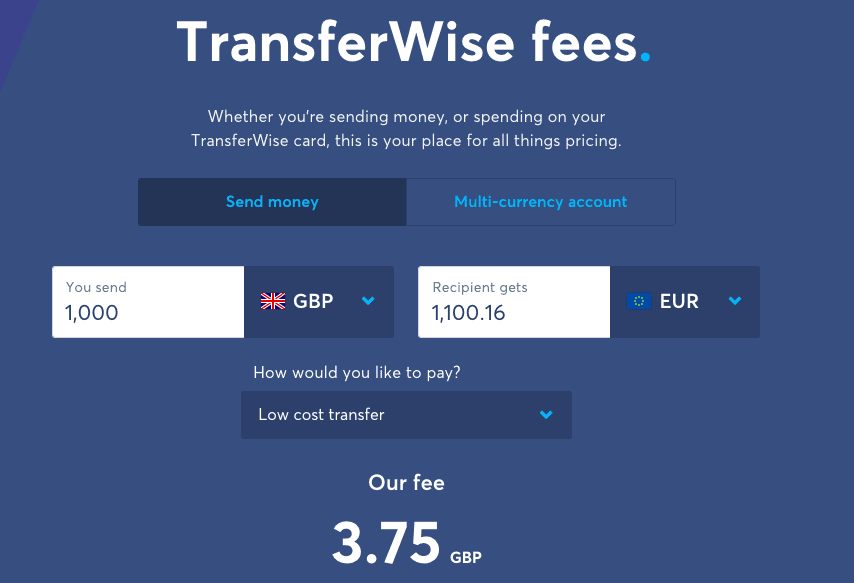 I have used the card to pay for several things online like shopping, bills and hotels. I usually will pay for my main flights and hotel on my Amex card as I get travel insurance, but for everything else I used Transferwise.

Online it will request me to approve the purchases by using the app if I am on my laptop.

In-store, purchases are also a breeze, and contactless worked great for me. I used this card primarily in Greece for our daily shopping and restaurants. Especially now, with businesses taking less cash, it’s an easy way to get around carrying cash or getting charged those foreign transaction fees. 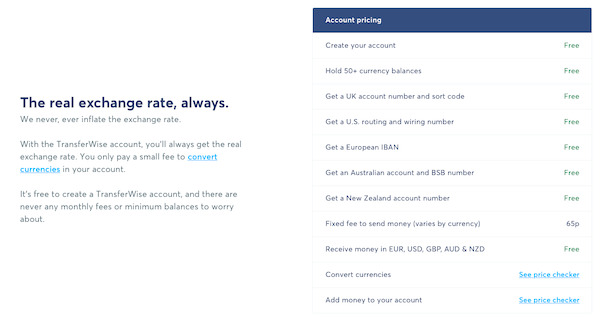 One thing you have to do is top up the card with the currency you want. I usually transfer my GBP, and then I do a conversion to the currency I need.

I have had to pay for a bill in the supermarket and realised I was short on money, what I did was add while waiting on the till. The transaction from my Lloyds bank to my Transferwise account was less than 30 seconds.

I have done this several times without a problem, and it works great because this is considered a debit card I don’t like to have large amounts of cash.

You can also have a physical card that you can use as well.

Recently I had to transfer some money to my sister in Bulgaria, on the rare occasion I had to do this Lloyds usually takes around £25, which is a lot. Transferwise took a fraction of this, and the money arrived the same day. I was very impressed as I wasn’t sure how it would work.

Call me a late adopter of technology and don’t laugh, but I only recently started using Google pay (eye roll). Very convenient, especially today (which prompted me to write this article) because my daughter had taken my wallet of my handbag and I realised I went shopping without a wallet! – She loves pulling cards out of wallets!

My Amex pay didn’t work at Asda, and I had to switch to Transferwise on Google pay which went through. Alhumdulillah

I like the convenience of it and how I can use it to keep better track of my spending as well. I know I am a loyal fan of points and Amex, but there is something good about seeing your budget and knowing how much is left at the end.

Until now, I used to use either my Paypal or my Amex cards to pay online for purchases in USD dollars. I also pay for hosting for this website, various software I use and the majority of those charge in USD, so I also had to pay for foreign transactions fees of 3%. I now save money by paying for them with my Transferwise card.

I still recommend you use your credit card for online purchases of large transactions and companies you are not familiar with especially hotels and flights. This way your credit card issuer is also responsible if the goods or services are not delivered or are damaged. Your protection is better.

But for recurring charges then Transferwise is my choice.

I do travel a lot, and with living in Doha, I could have Qatari riyals, as well as GBP, USD and Euros with the click of a button. They also offer several other currencies.

Once you have topped your account with cash in your home currency (for me GBP ), I then convert whatever amount I want. If I run out of Euro Transferwise will automatically take from the existing balance of any other currencies I have my your account. They do charge the conversion fee on those transactions, but it’s again very small between 0.35%-3% depending on the currency.

If you don’t have enough balance in your account in any currency, the transaction will be declined. So it’s essential to keep an eye on your balance unless you want to end up like me in a supermarket in Greece with no cash. 🙂 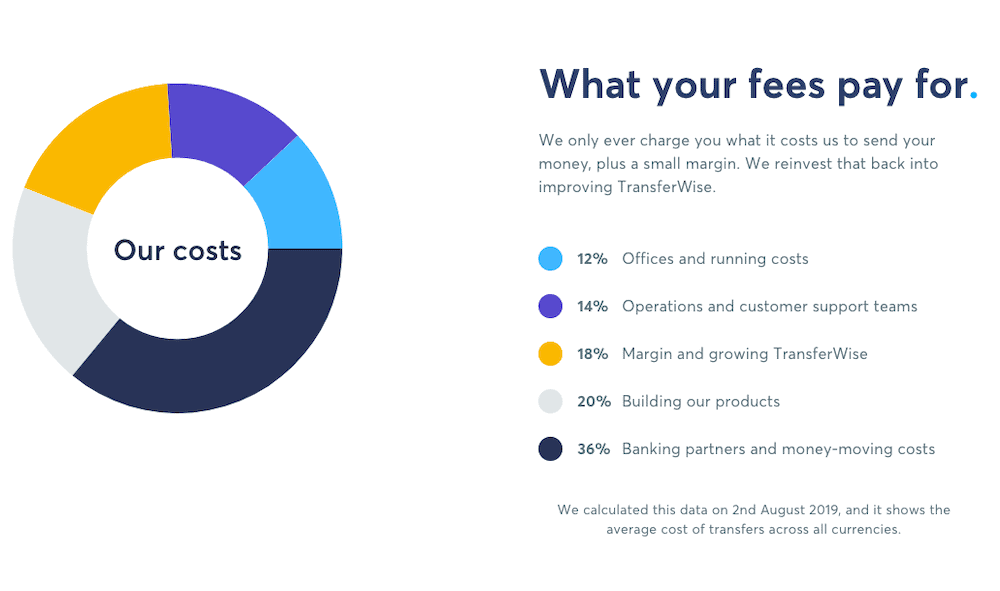 Because Transferwise is not a credit card, it doesn’t offer any protection if it gets lost and used just like your debit card- so you can freeze and unfreeze when you want. I did this several times when I had a higher than normal amount in my card, and I once forgot to unfreeze it- the transaction was declined.

Also if you are travelling and you do lose the card, you can freeze it and request a new one without compromising your debit card. Less hassle and worry this way too.

My mum thought she had lost mine (it was stuck between the car seat), but I could continue using it via the Google Pay app. Thankfully we found it.

The only negative annoying thing is that you can only withdraw £200 a month free of charge.

Once a month while abroad you can withdraw £200 free of charge after that you get charged 2% which still is less than what Lloyds charges me but if I can avoid it, I would. I took 200 Euros out, and when I needed more, I had to work out, which was a better deal, withdrawing from Transferwise or Lloyds. I ended up with Lloyds, but I did pay some extra cash for that privilege.

Of course, for people going on holiday for two weeks and using the card, it should be ok as they would spend mostly by card which you can order for £5. I used to keep my cash only for places that didn’t accept cards. I would like to see this limit increased.

Overall I like using Trasnferwise not only abroad but also in my everyday life. I started small, but I feel more confident in the app and how it works, so I am happy to continue using it.

I still don’t hold and won’t store large amounts there, but for travelling or paying for services in various currencies this is a great way, and it saves you money.

You can check out the full details of the card here, it is my affiliate, but you do receive a transfer-free fee for up to 500euros so definitely worth it.