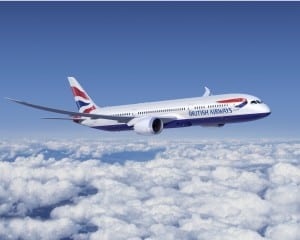 I travelled recently on an award ticket from Sofia Bulgaria back to Leeds in business class. I love using British Airways Avios on my way back to the UK as it takes me directly to Leeds with a short stop in London for a quick afternoon snack in the lounge. It saves me the hassle and trouble of carrying a suitcase full of stuff from my mum. On this trip I went without a suitcase and booked business class so I can enjoy some comfort and more luggage space for all the yummy food from my mum.  Everything went fine from Sofia to London and we arrived on time. I was passing through transit when I was informed that my flight was cancelled and I should pay a visit to the desk. Brilliant! Any other time I would have been happy to spend a night in London with paid expenses however I was coming back from a heavy family weekend and a funeral so I just wanted to sleep in my own bed.

I remembered the saying, don’t shout at the desk it is not their fault! Not that I would ever do but it did help me to calm down as I was thinking about my options.

Apparently BA didn’t have any aircraft to operate the route so they offered to send me to Manchester and then they would provide a coach. I agreed and she issued my ticket. Just this second her manager came out saying that the coach will be available at 9pm (it was 4pm) after the last flight. Anyways I took the ticket and went into the lounge to speak with the desk there.

However nobody mentioned my suitcases which I assumed the nice lady who issued my ticket would have dealt with. Apparently all suitcases from Sofia were dropped at the carousel and needed to be picked up by us! Thank God Paul ( the lounge manager) mentioned it and after a few calls he said that there is a 5% chance that my bags will arrive with me. I decided to just take the flight and make my way home on the train from Manchester  instead of having my husband drive from Leeds.  There was no way I would wait for that coach for 4 hours and since I didn’t have suitcases it was an easy sail for me. However they also told me that I won’t be compensated for my train ticket.

Upon arrival in Manchester I went straight for the baggage claim to submit a form as Paul suggested, just to find out that actually my suitcases where arriving. I think this was the point that my annoyance came out for the following reasons.

That moment I tweeted BA privately and asked if I will be compensated for my train ticket they told me that they will come back to me if I give them more details. I sent them all my flight details and waited for them.

I managed to get home at 9pm at night totally tired the complete opposite of what I had hoped to have been a pleasant and a relaxing evening.

The following morning BA called and I spoke with a nice guy who said that he will check compensation details for the cancelled flight, however there would be no reimbursement for my train ticket. He said the insurance should cover it. Here is why this annoyed me. First of all how do you know I have insurance! Actually Greeks never have insurances we are not accustomed to this and the mentality that someone else will pick the tab for your fault is just bothersome. I never checked with my insurance however I am sure that the £50 excess would be more than my ticket.

BA staff said that I should be entitled to some sort of compensation and even if I wasn’t he would make sure I receive some Avios as “we want to provide good customer care” to our passengers. This is what he pretty much said and promised to call by the end of the week.

Well it wasn’t the case of course. I believe it took me 4 weeks, 5 tweets with the last one not very polite, and them saying they will look into it until I was emailed details with my compensation.

The final verdict was that I was entitled to £196 under the EU law for the cancelled flight and the distance traveled which was less than 1500 km. They transferred the money within 3 working days which was very efficient actually.

I was personally happy with this and didn’t take it any further as long as I know I did receive some compensation and felt better. Funny thing though that before I would have probably left it and this was the old me who didn’t know that the only way with airlines is to stick to your guns. Just like when I travelled back to Athens when I was at University and my KLM flight was delayed and I was made to travel half of Europe before I reached Athens 25 hours later.

So here is my advice: Be persistent and check the law! Airlines must compensate you if they are at fault so make sure you know your rights and be quick, also check the reasons for your cancelled flights.  I liked the fact I can use Twitter and didn’t have to wait 1 hour on the phone with BA so you can do the same it seems to work and they are pretty efficient replying to tweets.

I think actually this is the first claim I have ever submitted, even though I wish I knew about my KLM flight right back then.

Did you have any airline claims?