I think the final and most important part of my review of Makkah has to be the Al Baraj shopping mall. Like every modern city, there is a mall. Yes, it is next to the holiest place packed with shops, food courts, luxury hotels and restaurants. This mall has raised a lot of differences in opinions and minds. Some like it and others don’t.

They say that it is so close to the holy mosque and that the place is sacred and it shouldn’t be given to build a mall. How can you go shopping while you are in Makkah instead of praying and taking time out to reflect on the purpose of life. I visited the mall and I understand the point.

The Al Abraj mall is located in the Makkah Royal Clock Tower. It is part of a massive complex that hosts some luxury hotels such as Fairmont, Swisshotel, Raffles, Pullman Zam Zam etc.

It also has some really expensive apartments,  fine dining restaurants and a mall. The mall covers the first three floors and it has pretty much everything that a Western mall has, just with a twist of Arabic.

It has a food court which I have to admit is handy when you are starving after a long day plus my favourite Starbucks. I actually thought that having Starbucks there is ironic since so many Muslims boycott Starbucks yet it always seemed busy.

The hotel complexes, apartments and the fine dining restaurants take up the rest of the floors and you reach them via elevators located close to the ground floor. 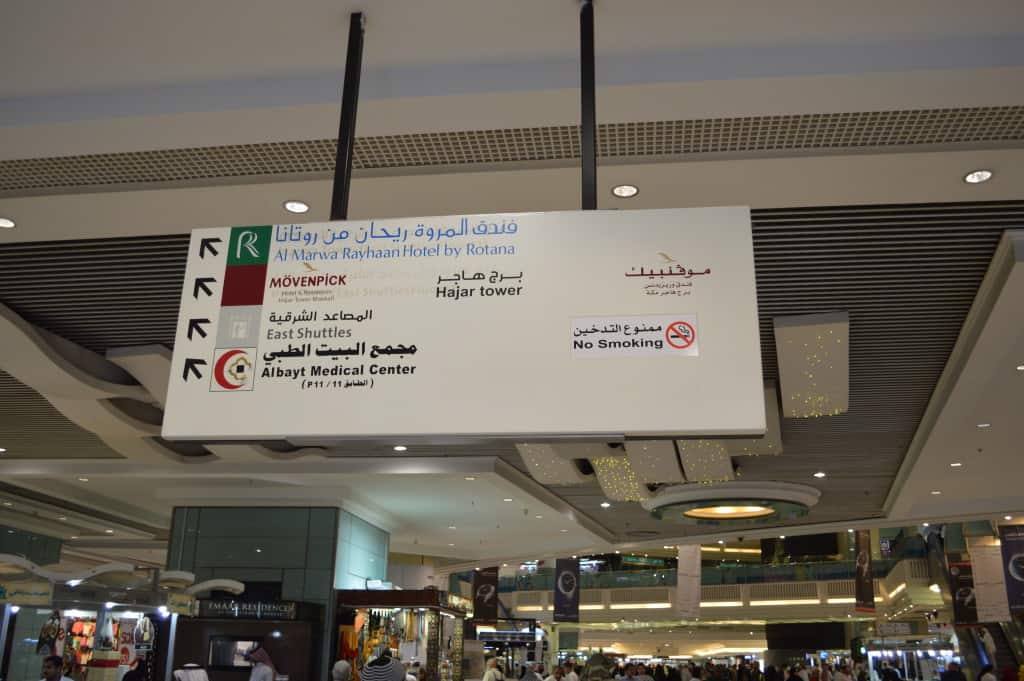 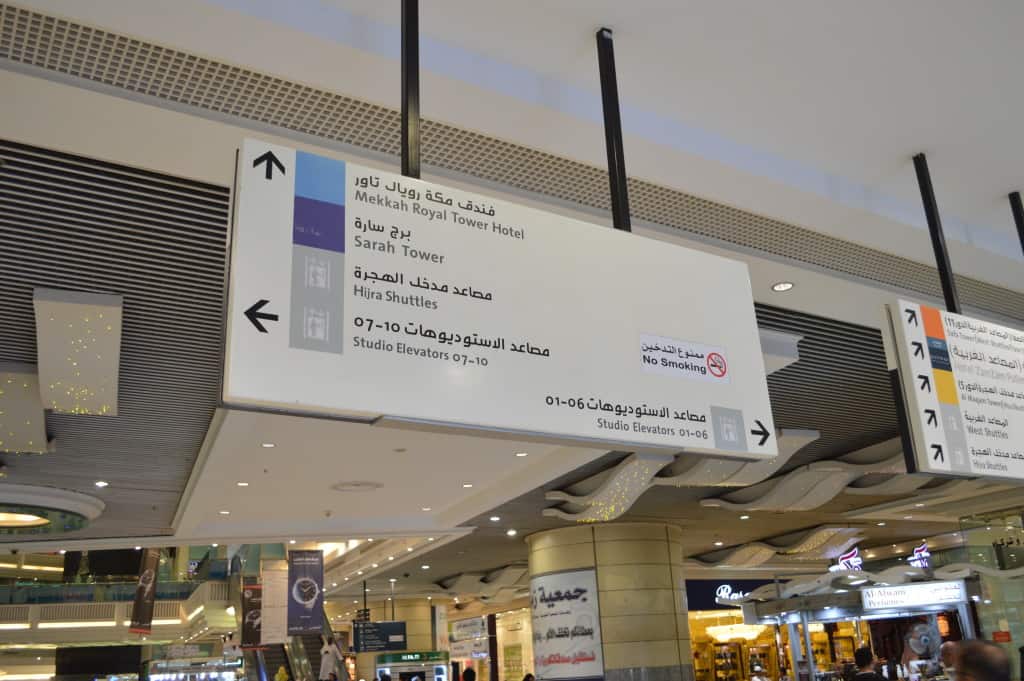 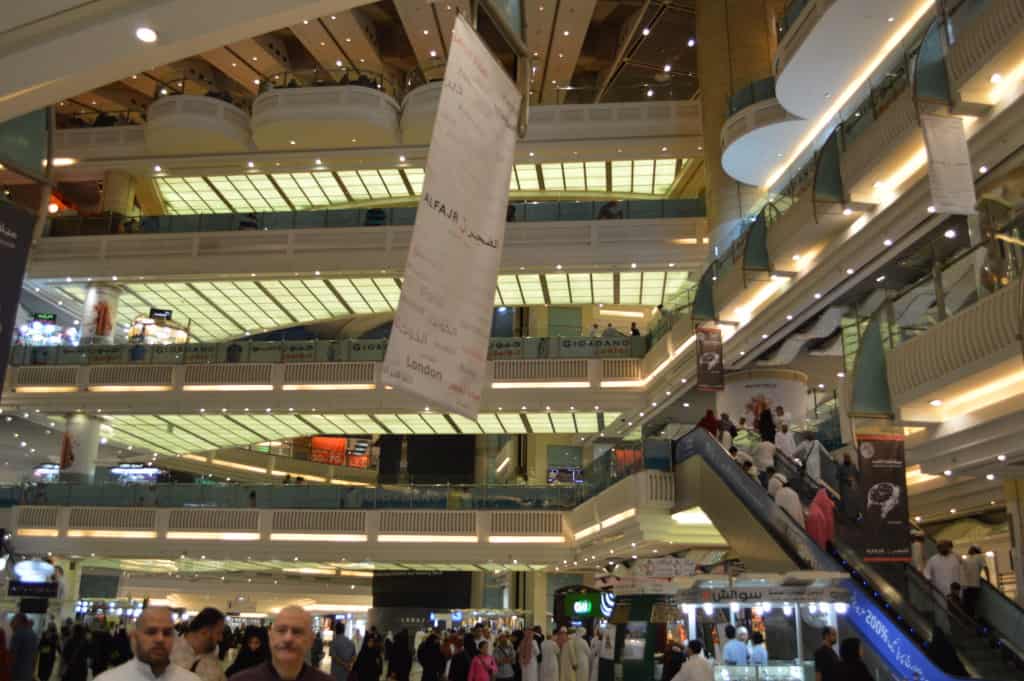 I personally don’t mind the mall so much, although it is not my favourite. I understand many people think it shouldn’t be there but I think it makes sense in a way.

Personally what really bothers me is the overpriced hotels which I believe should be more affordable especially because otherwise, they go empty while people have to walk miles to get to the Kabah. That bothers me more than the mall.

There are so many people who could make use of these rooms if they were not pushed away due to pricing. One room in some places can cost up to $600 per night. 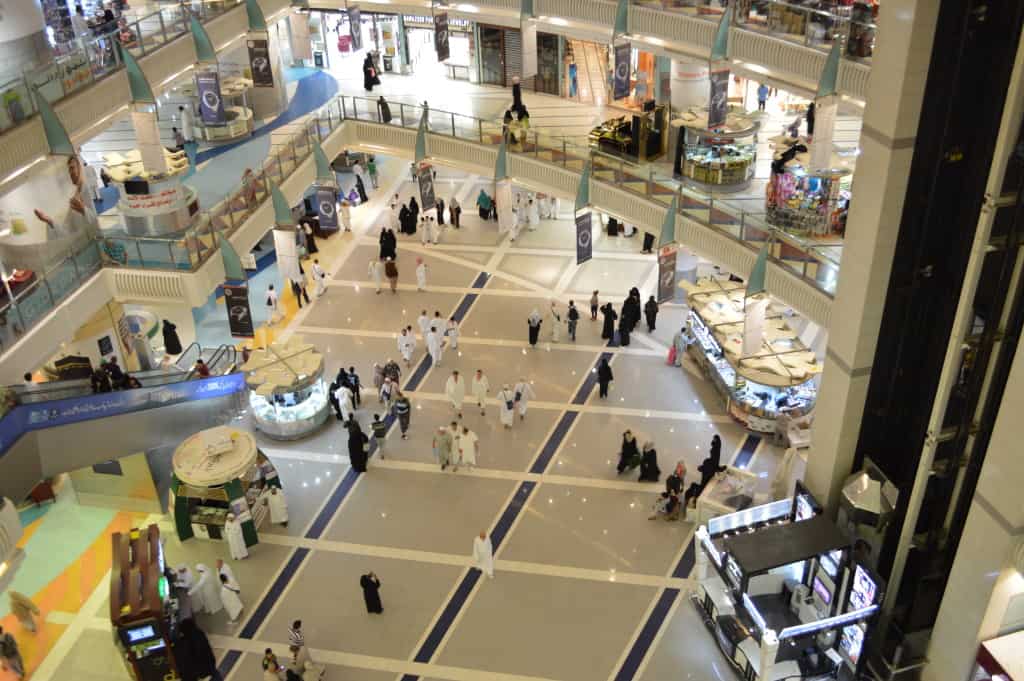 The mall is needed since it is a meeting point for people, easy to reach and shopping in the local supermarket is convenient. Of course, it is overpriced and I would never buy anything from there but it seemed that locals shop more there than pilgrims. You can’t spend 24/7 in the mosque, you need to eat and rest as well.

Islam is all about moderation and the food court is definitely more affordable than hotel restaurants or room service. You can spend some time walking around and unwind before going back to worshipping and another round of Tawaf. At least this is what we would do. 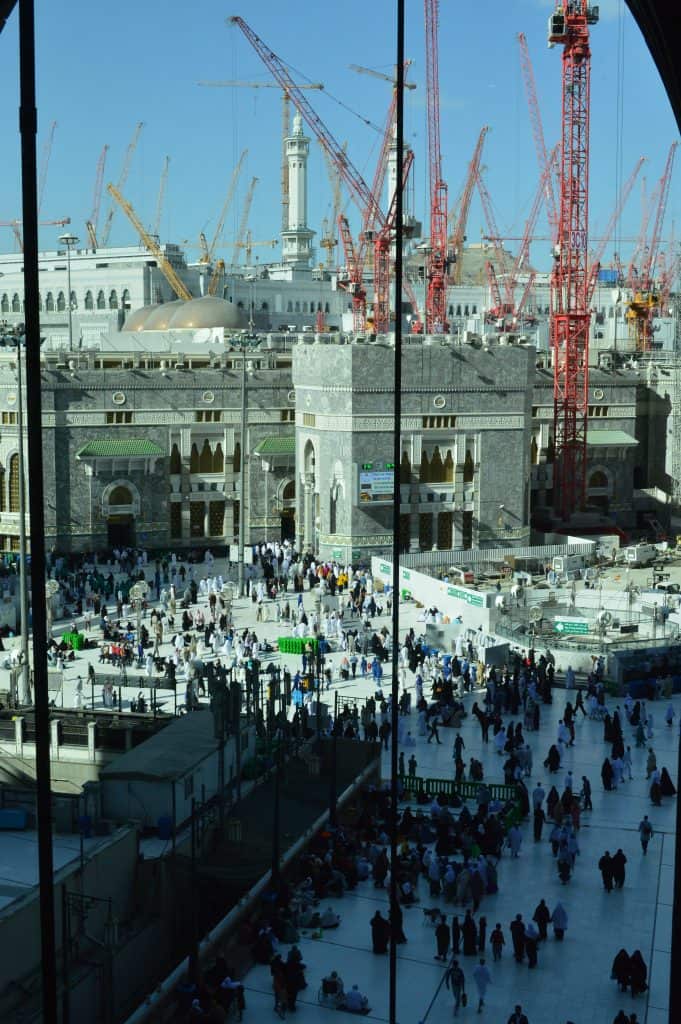 The view from the food court

Also logistically the Clock Towers generate a big proportion of the traffic into one place. The way Makkah is located and the Masjid area it is hard to build and any buildings around since it is rock and it is spread on lower grounds so it can cause traffic chaos.

This way at least you have the ability to control the traffic and have a “recreational” space for the pilgrim’s and locals rather than clog the mosque’s entrances. Plus there is a nice view from the food court to the Al Haram. 🙂