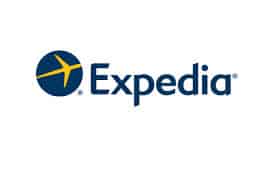 If you read my article yesterday it seemed that Expedia cancelled many of the reservations booked via their Tuesday coupons. They claimed that those coupons were only meant to go to Discover card holders however they worked for pretty much any card. You can read more about this in my previous post here.

Personally I had booked two reservations under my parents names for a holiday in Crete. As I am also following the comments on Miles to Memories article about the issue I saw that some people had successfully called and re-booked their holidays with Expedia. I decided I had nothing to lose and just gave it ago.

Oh boy! It turned out to be even better than the Discover coupon. After waiting on the line for an hour again I spoke with two customer service people who said they couldn’t do anything about it. I politely asked to speak to the supervisor who after checking the account said it was Expedia’s IT mistake rather than my mistake since the coupons were working with any card.

He proactively said he will go ahead and apply a $200 coupon to my account for future bookings. I can use this not only for hotel bookings but pretty much for any other Expedia product, such as flights, hotels and car rentals. It seemed that only one of my reservations was cancelled however he did mention it was better to manually cancel the second one so he can apply a coupon to it as well. This way he saved me time from calling again! Which means I ended up with $400 over two accounts.

What I gather from my conversation and the comments of other people, It looks like supervisors are aware of the issue and they are proactively rebooking or applying coupons to people’s accounts.

I honestly didn’t expect this from Expedia, I was only thinking of emailing them. I am so glad I did call them. If you had your reservation cancelled then I would suggest you give them a call and ask to speak to a supervisor. Be polite and just let them know that you would like to re-book your hotel, it might all work OK after all.

Now my dilemma is- Do I rebook my parents or I use the coupons myself. 😉

JT, a reader commented with a very interesting story about Expedia’s response as of today for the thousand of people who called. It might be worth checking in the comments section before giving them a call.