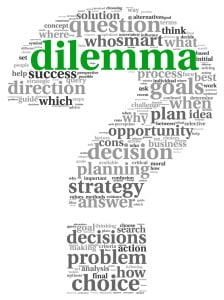 Ever been in a situation where people don’t know you speak the language and they chat openly?


I am not sure how many people can actually relate to this but I had an interesting experience yesterday on my way back home to Athens.


Many of you know I have origins in Greece, Bulgaria and now I live in the UK; so I do speak many languages. Most of the time when I travel people do take me for Greek; for example in Bulgaria people speak to me in Greek rather than Bulgarian. However because now I wear a headscarf Greeks don’t consider me Greek so they speak in English. 🙂


Depending on the occasion I might correct them but if it is something short I just continue in English. It is sometimes a lot easier for me too since I am more used to speaking English these days. Yesterday was one of these days when I didn’t speak Greek but English and Greeks spoke Greek openly.


So yesterday on the way from London to Athens I was booked on a business class flight (thanks to Avios of course). It happened that I was seated next to BA cabin crew members, some of whom happened to be Greek and they were positioning in Athens for BA’s flight the next day. All other passengers in my small business class cabin were foreigners. Now if you know the Greek saying of “Greek Lover” you will understand the concept straight away. If you don’t, then Greeks are very well known for their great ability in the flirting and seduction game. Before Islam it was great fun to listen and see this happen now I actually find it degrading towards women in many occasions.

Contrary to beliefs Islam gives tremendous respect to women and they are never seen, used or depicted as a “piece of meat”. Please don’t confuse people’s behaviour and Islam.

So there is this Greek Lover who is very obviously flirting with three different girls of the cabin crew  and one of the girls who was positioning in Athens and sitting next to him.

She was sitting next to him and talking about relationships, family and other pro-commitment things.  She was extremely smitten by his charm and jealous of the rest of the girls. This type of charming behaviour is very obvious to those who know the game is well, the guys are total players and not very pro-relationship & commitment; which is something this girl didn’t pick up on and since she is a foreigner she didn’t understand Greek. Thus far I has no issue with the whole situation and I was enjoying some gossip.


However what shocked me is how openly the guy was talking to his Greek friend about which girl to pick for the night to have fun with since he has no intention to have any serious commitment. He was deciding whether to take the A girl for the night or the B girl and leave A for some “fun” in London (his words). Needless to say I was fuming and laughing at the same time by his immature behaviour.


This went on for the duration of our flight and considering that they are Greeks they were also very loud. I didn’t eaves drop since there is no need with Greeks. 🙂

Check this post out:   The Only Guide You Will Ever Need when Exploring Cape Town

So my ethical dilemma for the whole plane ride was whether to tell the girl something or just let her get hurt by this guy’s behaviour. I feel for her since she didn’t speak the language and had no idea what people are saying about her in front of her. I find it unfair and coming from a family where half of us don’t speak all of the languages I have seen this happen a lot. I did try upon leaving the aircraft to say something but she was waiting for him so I decided against.


This incident bothered me for few reasons:

1. I didn’t like the behaviour of this guy talking so openly in Greek and loudly about his intentions. I find it degrading as a woman to listen to him thinking which one to have fun with. Any girl deserves respect and flirting and having fun is awesome but in a respectful way.


2. The guy and the whole company were members of BA’s staff, even though they were not on duty I found their behaviour disruptive and loud.


3. I tried to work but due to how loud they were I couldn’t, at some point they even had a pillow fight. I couldn’t concentrate so I gave up. Though If I had a deadline and was on business with a cash ticket I wouldn’t be very happy.


Do you ever find yourself in such situations where you speak a language where people are talking about someone else so openly?